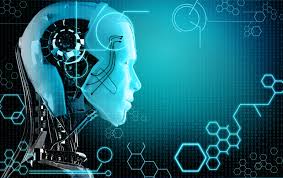 Artificial intelligence technologies are capable of disrupting every aspect of society and the United States must do more to maintain leadership in the area, the leaders of a House panel said in a report released Tuesday.

Artificial intelligence “has the potential to disrupt every sector of society in both anticipated and unanticipated ways,” according to a report authored by Reps. Will Hurd of Texas and Robin Kelly of Illinois, the chairman and top Democrat of the House Oversight and Government Reform subcommittee on information technology. “In light of that potential for disruption, it’s critical that the federal government address the different challenges posed by AI, including its current and future applications.”

The federal government must “increase spending on research and development to maintain American leadership with respect to AI,” including spending on education and training programs so American workers can gain skills in such technologies, Hurd and Kelly wrote.

The report is the result of a series of hearings that Hurd and Kelly held in the past few months on artificial intelligence technologies.

Artificial intelligence technologies are expected to have a broad range of applications, including to underpin predictive online searches, self-driving cars and algorithms that can pick out military targets to strike.

While the U.S. has been a world leader in research and development, spending $497 billion in 2015, China has boosted spending by 200 percent between 2000 and 2015 and is on track to surpass the U.S. in research investment by the end of 2018, the report said.

Chinese President Xi Jinping has said he wants his country to become a world leader in artificial intelligence technologies by 2030, building a domestic industry that could be worth about $150 billion.

“The loss of American leadership in AI could also pose a risk to ensuring any potential use of AI in weapons systems by nation-states comports with international humanitarian laws,” Hurd and Kelly wrote. “In general, authoritarian regimes like Russia and China have not been focused on the ethical implications of AI in warfare, and will likely not have guidelines against more bellicose uses of AI, such as in autonomous weapons systems.”

Artificial intelligence systems refer to a suite of technologies that bestow computers with many aspects of human intelligence ranging from perception, image recognition and listening skills to game-playing, car-driving and physical movement in three-dimensional space.

The Pentagon’s Defense Advanced Research Projects Agency, or DARPA, has said it plans to invest about $2 billion to bolster American leadership in the area, including research into so-called third-wave technologies that will make it possible for computers to adapt to changing situations, as opposed to following pre-set rules.

Hurd and Kelly said the Trump administration should build on the work done by the Obama administration, which produced three reports in 2016 assessing U.S. efforts in artificial intelligence, and included recommendations on policy questions to consider as well as laws that may be needed to aid development.

The report said continued development of artificial intelligence depends on vast quantities of personal data of citizens collected by technology firms, and requires Congress and the federal government to “review federal privacy laws, regulations, and judicial decisions to determine how they may already apply to AI products within their jurisdiction, and — where necessary — update existing regulations to account for the addition of AI.”

Laws and regulations may also be needed to ensure that technologists don’t develop algorithms with inherent biases that could disadvantage certain classes of people, Hurd and Kelly wrote.