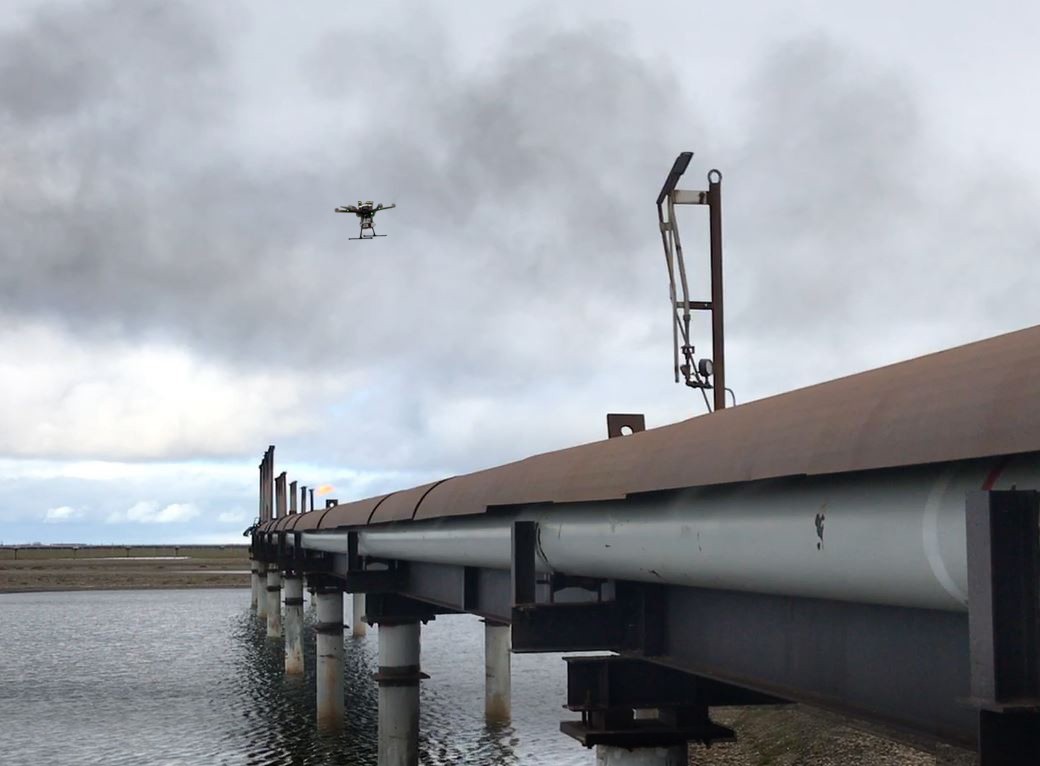 Avitas Systems, a GE subsidiary based in Boston, is now using drones and robots to automate the inspection of infrastructure such as pipelines, power lines, and transportation systems. The company is using off-the-shelf machine-learning technology from Nvidia (50 Smartest Companies 2017) to guide the checkups, and to automatically identify anomalies in the data collected.

The effort shows how low-cost drones and robotic systems—combined with rapid advances in machine learning—are making it possible to automate whole sectors of low-skill work. While there is plenty of worry about the automation of jobs in manufacturing and offices, routine security and safety inspections may be one of the first big areas to be undermined by advances in AI.

Drones have been used on some industrial sites for a while (see “New Boss on Construction Sites Is a Drone”), and various companies, such as Kespry, Flyability, and CyPhy, offer aerial systems for monitoring mines, inspecting wind turbines, and assessing building insurance claims. But the technology required to automate more of the process is now becoming accessible. Similar technology is also enabling robots to cruise autonomously through offices and malls looking for anomalous behavior .

Avitas uses drones, wheeled robots, and autonomous underwater vehicles to collect images required for inspection from oil refineries, gas pipelines, coolant towers, and other equipment. The company is using Nvidia’s DGX-1 system, a computer designed for a cutting-edge kind of machine learning, to guide these vehicles to the same spot, and to analyze the image data for possible defects.

Nvidia’s system employs deep learning, an approach that involves training a very large simulated neural network to recognize patterns in data, and which has proven especially good for image processing. It is possible, for example, to train a deep neural network to automatically identify faults in a power line by feeding in thousands of previous examples. In some cases, deep learning can perform image recognition more reliably than a person could.

Alex Tepper, the founder of Avitas, says the company’s customers spend hundreds of millions on manually inspecting equipment. This usually involves someone traveling to a remote location to examine it. A drone or robot can automatically collect images of the same spot many times over, perhaps making it easier to detect flaws that might otherwise go unnoticed. The approach can save a refinery, for example, about $1 million annually on inspections, the company estimates.

Advances in AI are also making it easier to teach robots to navigate to a location for themselves. This week, for instance, Neurala, a company that specializes in deep learning, launched a drone toolkit that can be used to train a vehicle to recognize or follow a particular object, and to avoid obstacles.