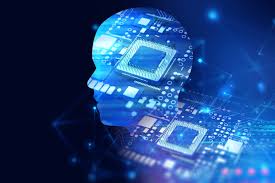 When it comes to artificial intelligence (AI), there’s a common question: Will AI technology render certain jobs obsolete? The common prediction is that yes, many jobs will be lost as a result. But what do the numbers say? Even more importantly, what does logical thought suggest?

You don’t need a special degree to understand the textbook relationship between automation and jobs. The basic theory is that for every job that’s automated by technology, there’s one less job available to a human who once performed the same task. In other words, if a machine can make a milkshake with the push of a button, then there’s no need for the person who previously mixed the shake by hand. If a robot can put a car door on a vehicle in a manufacturing plant, then there’s no need for the workers who previously placed the doors on by hand. You get the idea.

But does this theory really hold up on a reliable basis, or does it only work in textbooks and PowerPoint presentations? One study or report isn’t enough to discount a theory, but a quick glance at some recent numbers reveals a different picture, one that requires a careful look at this pressing issue.

Upwork, an online platform that connects freelancers with clients, recently published data from its website that shows AI was the “second-fastest-growing in-demand skill” over the first quarter of 2017.

“With artificial intelligence (AI) at the forefront of the conversation around what the future of work holds, it’s no surprise it is the fastest-growing tech skill and the second fastest-growing skill overall,” Upwork explained in a statement. “As AI continues to shape our world and influence nearly every major industry and country, companies are thinking about how to incorporate it into their business strategies, and professionals are developing skills to capitalize upon this accelerating tech trend. While some speculate that AI may be taking jobs away, others argue it’s creating opportunity, which is evidenced by demand for freelancers with this skill.”

This latter opinion might be a contrarian view, but in this case, the data supports it. And at this point, there really isn’t a whole lot of data that says AI is killing jobs. Consider that as you form your opinions.

AI as an aid, not a hindrance

From a logical point of view, you have to consider the fact that the professional services industry isn’t going anywhere. Sure, there might be automated website builders and account software, but the demand for freelancers — people — isn’t going to suddenly disappear. Growth in AI isn’t going to replace web developers, accountants, lawyers, and consultants. If anything, it’s going to assist them and make them more efficient and profitable.

“Everything we love about civilization is a product of intelligence,” says Max Tegmark, president of the Future of Life Institute. “So amplifying our human intelligence with artificial intelligence has the potential of helping civilization flourish like never before — as long as we manage to keep the technology beneficial.”

When you look at freelancers, in particular, you can already see how AI is having a positive impact in the form of powerful tools and resources that can complement and expand existing skillsets. Here are a couple such tools:

We’ve only just begun. These technologies will seem rudimentary when we look back in a few years and recap the growth of AI. For now, however, they serve as examples of what the future holds for the freelance labor market.

The future of work, particularly as it deals with expected growth in AI, is anybody’s guess. Ask AI expert Will Lee about his expectations and he’ll say there are two possible futures.

The first future Lee sees is one in which AI leads to high unemployment and people are forced to freelance in order to get by. The only problem is it will be difficult for freelancers to differentiate themselves from the crowd because they’ll be offering the same exact services as everyone else.In this first possibility, people will struggle to have their value recognized and the uneducated freelance labor force will be swallowed up by superior automated technology.

Experts in the AI field — folks like Will Lee who dedicate their working life to understanding the impact technology will have on labor — don’t know how this is going to unfold. It could be disastrous, or it could be highly beneficial. Making rash statements about how AI is going to collapse the freelance economy is unwise. You don’t know how things will unfold and it’s better to remain optimistic that everything will work out for the greater good.

One thing is certainly clear: Technology is changing and the ramifications of this evolution will be felt in every aspect of business. We’ll know a lot more in three to five years, so hold on and enjoy the ride.