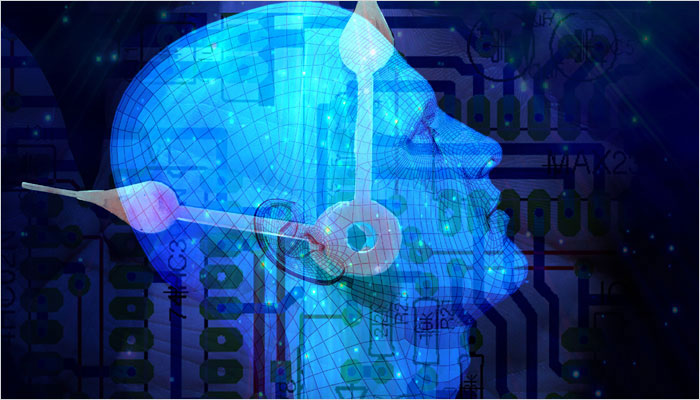 Boston: Scientists have developed a new artificial intelligence system that can monitor a person’s sleep using ambient radio waves, without sensors attached to the body.

The device analyses the radio signals around the person and translates those measurements into sleep stages – light, deep, or rapid eye movement (REM).

Researchers at Massachusetts Institute of Technology (MIT) and Massachusetts General Hospital in the US have devised a new way to monitor sleep stages without sensors attached to the body.

“Imagine if your Wi-Fi router knows when you are dreaming, and can monitor whether you are having enough deep sleep, which is necessary for memory consolidation,” said Dina Katabi, professor at MIT, who led the study.

“Our vision is developing health sensors that will disappear into the background and capture physiological signals and important health metrics, without asking the user to change her behaviour in any way,” Katabi said.

Researchers had previously developed radio-based sensors that enable them to remotely measure vital signs and behaviours that can be indicators of health.

These sensors consist of a wireless device, about the size of a laptop computer, that emits low-power radio frequency (RF) signals.

As the radio waves reflect off of the body, any slight movement of the body alters the frequency of the reflected waves.

Analysing those waves can reveal vital signs such as pulse and breathing rate.

“It’s a smart Wi-Fi-like box that sits in the home and analyses these reflections and discovers all of these changes in the body, through a signature that the body leaves on the RF signal,” Katabi said.

The approach could be useful for monitoring sleep, which is currently done while patients spend the night in a sleep lab hooked up to monitors such as electroencephalography (EEG) machines.

“We have this technology that, if we can make it work, can move us from a world where we do sleep studies once every few months in the sleep lab to continuous sleep studies in the home,” said Mingmin Zhao, an MIT graduate student.

To achieve that, researchers had to come up with a way to translate their measurements of pulse, breathing rate, and movement into sleep stages.

Recent advances in artificial intelligence have made it possible to train computer algorithms known as deep neural networks to extract and analyse information from complex datasets, such as the radio signals obtained from the researchers’ sensor.

However, these signals have a great deal of information that is irrelevant to sleep and can be confusing to existing algorithms.

The MIT researchers had to come up with a new AI algorithm based on deep neural networks, which eliminates the irrelevant information.

Using this approach in tests of 25 healthy volunteers, the researchers found that their technique was about 80 per cent accurate, which is comparable to the accuracy of ratings determined by sleep specialists based on EEG measurements.

“Our device allows you not only to remove all of these sensors that you put on the person, and make it a much better experience that can be done at home, it also makes the job of the doctor and the sleep technologist much easier,” Katabi said.