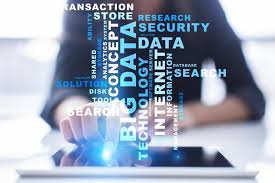 s we reach our 10-year anniversary, my colleagues and I have been reflecting on the growth and impact of the Great Colleges to Work For survey. We’ve been encouraged to see that impact extend beyond just the participating colleges. We’ve seen and heard from countless institutions that have become more intentional about their daily faculty/staff experiences and the health of their institutional cultures.

We’re also seeing increasing sophistication in how leaders are using faculty/staff engagement data. Having a highly visible metric of your organization’s faculty/staff satisfaction and institutional competency is worthwhile in and of itself, of course, and the employee-engagement data generated from these surveys has been put to use by institutions in a variety of internal processes, from strategic planning and accreditation efforts to risk management. We’re very much in the age of “Big Data” now, and the potential applications and benefits of these data are only just beginning to be realized.

This anniversary provides us with an opportunity to look over data from the past decade to see exactly how the top survey performers set themselves apart from their peers. Of particular interest are a few trends that echo some of our earlier insights but which perhaps take on greater significance as we see the continuation over time: the professionalization of management, the focus on performance management, and the commitment to organizational alignment.

Professionalization of Management. The traditional practice of faculty members’ taking a few years away from their primary duties to serve in the administrative ranks is increasingly rare. This evolution is driven largely by economic reality and operational efficiency, but it can also create a climate in which faculty members feel they have little to no input on policy (a phenomenon sometimes referred to as the “corporatization of higher education,” used by Henry Giroux in a Harvard Educational Review paper that also aptly laid out a cautionary vision of such policies taken to excess).

When we started this research, it was somewhat rare to see specific and intentional management and/or leadership programs for those in academic-leadership roles. Today supervisory/training programs for department chairs are indeed much more commonplace and largely considered a best practice. Of this year’s Honor Roll institutions, 74 percent report having such programs.

We see the payoff not just in anecdotal commentary from faculty and administrators but also reflected in the continuing improvement in the supervisor/department-chair survey dimension. When we look at Statement 7 (“I receive feedback from my supervisor/department chair that helps me”) and, in particular, when we compare the 2017 Honor Roll institutions with their 2010 counterparts (Note: The year 2010 was the first Honor Roll designation; see “How the Survey Was Conducted,” for a description of the Honor Roll awards) we see notable improvement across both four-year and two-year Honor Roll categories. In the four-year, large-college category, the positive response improved from 71 percent to 77 percent.

Increasing Cultures of Accountability. The improvement on Statement 7 also mirrored the improvement we see on Statement 18, “Issues of low performance are addressed in my department.” Historically one of the most challenging statements on the survey, this statement also shows consistent improvement across all Honor Roll category averages. In the four-year, small-college category alone, the Honor Roll average improved by eight percentage points.

It probably should come as no surprise that when we better prepare those in supervisory/managerial roles to be effective leaders, we see a greater sense of accountability as it relates to the ability to address performance issues.

Whether wary of compromising academic freedom or simply harming the camaraderie that exists within many departments, many institutions have been reluctant to embrace the tools and processes that ensure true accountability. While institutions may espouse values of community, civility, and integrity in their formal mission, vision, and values, many find themselves challenged when it comes to addressing issues of bullying and poor performance.

Identifying issues and conflicts early on, before they become full-blown problems, can spare an organization the loss of countless worker-hours and dollars should those problems reach the point of litigation or negative stories in the news media. P.T. Barnum’s contention that “there’s no such thing as bad publicity” doesn’t apply to every professional arena, and higher education is definitely one of those exceptions.

Organizational Alignment. Regression analysis conducted on Statement 60, “All things considered, this is a great place to work” consistently points to Statement 58, “There’s a sense that we’re all on the same team” as highly predictive.

Statement 58 is one of four survey items that load on the Collaboration factor/dimension. Another statement on that survey dimension is Statement 26, “I can count on people to cooperate across departments.” And in the cases of both Statements 58 and 26, we continue to see improvement over time across the Honor Roll institutions.

If we want to create the kinds of environments on our campuses in which we are consistently tapping into the creativity and innovative thinking of our faculty and staff members, we are well served by providing professional management/leadership training to those in supervisory roles, tying accountability to integrity and ethical conduct, trying to build community and alignment across traditionally siloed structures, and bridging strained relations among boards, administrations, and faculty and staff members.

There’s simply no going back to the days when strict hierarchies, traditional top-down leadership, and “this is the way we’ve always done it” thinking were the norms. If an institution wants to remain competitive in the competition for talent and be successful in its efforts to transform and innovate to ensure future success, now more than ever we must continue to break down barriers and build bridges to the futures we want.