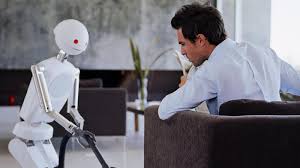 Computers as we once knew them are gone. And hackers, their days are over, too.

Before you start googling the news to see what you missed, you’re too late. What I’m talking about are jobs from another era. The earlier version of the hacker was more commonly known as a woodcutter. And computers were humans who did calculations longhand and recently came to light as critical players in the early days of the space program, thanks to the movie “Hidden Figures.”

In both instances, the evolution of technology brought the demise of both fields. Now, another technological advancement is quickly gaining steam and could cause some of the jobs of today to go the way of the buggy whip in the not too distant future.

This new opportunity — or threat, depending on whether your profession could disappear in short order — is artificial intelligence. This is the term coined to describe systems that use what had been considered the human qualities of visual perception, speech recognition and decision-making to carry out tasks. Yes, the robots of sci-fi are far from being fiction.

One forecast puts 20 million to 40 million jobs in jeopardy in the United States alone from AI and other technological advancements. Kai-Fu Lee, considered a top tech leader in China, was more blunt in a recent CNBC interview: Robots are likely to replace 50 percent of all jobs in the next decade. Before launching his own venture capital firm, Lee headed Google China and was an executive with Apple and Microsoft, so more than a few people are taking his projection seriously.

Before you view this as the end of the world, stop for a few moments and think: Are you missing the early computers and hackers? Unlikely. Time truly marches on and we usually are better for it. As a result, my faith in humanity stands steady.

McKinsey & Co. helped put things in context with its report “Technology, Jobs and the Future of Work” by noting a third of the new jobs in our country were created in the past 25 years. They include positions in IT development and systems management, hardware manufacturing, and app creation. There is no stopping such progress.

Looking at what lies ahead, the final days of the Obama administration brought the release of the report “Artificial Intelligence, Automation and the Economy” from the Executive Office of the President with its forecast on the types of jobs AI will create. Besides roles related to development and supervision, jobs will include the areas tied to engagement, which will require human workers to actively engage with AI technologies throughout the process of completing tasks, and response to paradigm shifts through such means as redesigning traffic laws created with humans in mind, not autonomous vehicles.

With new types of jobs comes the ability to do things previously impossible, not just automating traditional jobs or doing tasks faster, according to the professional services firm pwc. For example, that could include enhanced monitoring and auto-correction of manufacturing processes, trimming waste on the factory floor. Also, when it comes to energy, operation of grids and storage could become more efficient.

As we’ve already witnessed, jobs linked to the technology sector already are higher paying and bring an economic boost to the regions where they exist. Add to that the impact of achieving new solutions. In the analysis “Sizing the Prize” by the professional services firm pwc, the global gross domestic product could be up to 14 percent higher in 2030 due to progress through AI. That would be the equivalent of an extra $15.7 trillion.

These expectations take the edge off job loss forecasts from Lee and others like him. In fact, he sees the onset of AI as helping generate the level of wealth that could “wipe out poverty.” This means society on the whole can benefit.

You’re likely wondering whether there will be a place for humans in this new world. Lee and I agree that nothing ever can take the place of human-to-human interaction. His eloquent viewpoint perhaps captures it better than I: “Touching one’s heart with your heart is something that machines, I believe, will never be good at.”