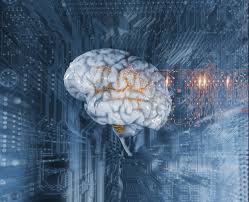 This method may help trace the brain’s development and provide early warning of diseases, which are essential steps toward developing effective treatments.

The brain’s age is not necessarily the same age as the body’s chronological age, as past studies have shown brain aging is related to neurodegenerative diseases and mortality.

In a new study published in the journal Human Brain Mapping, BGU researchers found what makes the brain look younger or older.

The new method is based on big data from structural magnetic resonance images (MRIs) for age prediction.

The team trained an ensemble of deep neural networks to predict the brain’s age from brain imaging of healthy subjects.

Once trained, the network ensemble was able to provide accurate prediction of the brain’s age within three years, thus cutting through the clutter of existing methods.

The algorithm was applied to 15 open source datasets comprising more than 10,000 MRIs in a total of people aged 4-94.

The researchers were also able to examine which anatomical brain regions contributed to the high predictive power of the neural network model.

“With our method, brain age and its divergence from the chronological age might be used as an early brain health biomarker, also providing further insights into what happens when diseases affect the brain,” the team concluded. Enditem