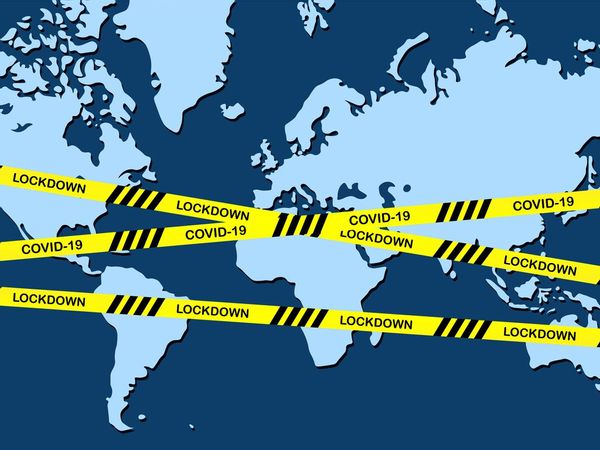 A team of scientists at the UK’s Liverpool University has used artificial intelligence (AI) to work out where the next novel coronavirus could emerge.

In a rapidly advancing globalisation that has turned the entire Earth into one huge village, speedy connectivity and communication also ensured a rapid advance of the COVID-19 pandemic that began with a strain of the novel coronavirus that first emerged in Wuhan, China in late 2019. Now, as per a science paper published in Nature Communications, “The spread of influenza can be modelled and forecast using a machine-learning-based analysis of anonymized mobile phone data. The mobility map, presented in Nature Communications this week, is shown to accurately forecast the spread of influenza in New York City and Australia.”

The year 2020 dawned with the world bracing to handle a possible crisis and by the end of the year, global deaths reached nearly 2 million.

To cut the long story short, mankind has now been through so much in terms of mental agony, pain, loss, death, long-lasting illnesses and economic downslide – all on account of this pandemic – despite rapid advances in science – that it has begun to dread the prediction by environmentalists and scientists that we have just entered a pandemic era and more such pandemics are likely to come.

Predicting the onset of a Pandemic:
According to a report in the BBC, a team of scientists has used artificial intelligence (AI) to work out where the next novel coronavirus could emerge.

The researchers are reportedly putting to use a combination of learnings from fundamental biology and tools pertaining to machine learning.

This is not mere conjecture and the scientists are taking ahead of what they have gained from similar experiments in the past. Their computer algorithm predicted many more potential hosts of new virus strains that have previously been detected. The findings have been published in the journal Nature Communications.

According to this report in Nature Communications, the spread of viral diseases through a population is dependent on interactions between infected people and uninfected people. The Building-models that predict how the diseases will spread across a city or country currently make use of data that are sparse and imprecise, such as commuter surveys or internet search data.

Dr Marcus Blagrove, a virologist from the University of Liverpool, UK, who was involved in the study, emphasises the need to know where the next coronavirus might come from.

“One way they’re generated is through recombination between two existing coronaviruses – so two viruses infect the same cell and they recombine into a ‘daughter’ virus that would be an entirely new strain.”

Scientists say that to get the prediction algorithm right, the first step was to look for species that were able to harbour several viruses at once. Lead researcher Dr Maya Wardeh, who is also from the University of Liverpool, successfully deployed existing biological knowledge to teach the algorithm to search for patterns that made this more likely to happen.

This step concluded that many more mammals were potential hosts for new coronaviruses than previous surveillance work – screening animals for viruses – had shown.