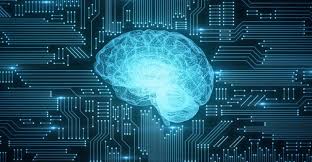 Bon Secours Charity Hospital, a three-hospital health system that is part of Westchester Center Health Network, also known as WMCHealth, was using a risk scoring algorithm in its electronic health record that was not very accurate.

As a result, WMCHealth missed some high-risk patients and classified other patients as high-risk who were not. In addition, the automated daily report sent to case managers included only patients who had primary care doctors.

The case managers also wasted a lot of effort digging through charts to decide which patients to prioritize and which interventions to select. That reduced the amount of time they had to spend with patients.

“Health Catalyst is a vendor whose data operating system includes an open source machine learning package that the company has used to help other customers predict readmission risk with a high degree of accuracy,” said Deborah Viola, vice president of data management and analytics at WMCHealth.

Bon Secours wanted Health Catalyst to help the health system integrate the risk forecasts into its case managers’ workflow so they could easily use them in care management.

“We hoped that the case managers would like the application because it would increase their efficiency and allow them to devote more time to patients,” Viola said.

There are many business intelligence vendors in the marketplace. They include Datawatch, Epic, Inovalon, Medhost, Periscope Data, Qlikview, SAS, Strata Decision Technology and Tableau.

To build the predictive model, Simer Sodhi and Lauren Torres of Bon Secours worked with Health Catalyst using the records of 54,000 patients who had been discharged from WMCHealth hospitals. This resulted in 24 risk factors that would be applied to the data in WMCHealth’s enterprise data warehouse.

“We wanted to validate the risk model’s predictions against particular patient cohorts and determine whether the algorithm would improve its accuracy as it learned from working with our data,” Viola explained.

“After we carefully validated the model’s predictions and we were sure that the risk predictions were more accurate than our EHR’s risk model, we added the risk scores to discharge lists on a new readmission risk platform that we integrated with our population health management registry software,” she added.

The advantage of this approach was that it leveraged a workflow the case managers were already familiar with, she added. They then paired the risk scores with EHR data and displayed the information on a dashboard that guided the case managers in identifying care opportunities and choosing interventions.

“The case managers used the discharge lists and risk scores to organize their work and prioritize the patients who needed to be engaged,” Viola said. “Having more accurate, more accessible data enabled them to follow up with at-risk patients faster. They also used this information in conversations with primary care doctors and specialists.”

As a result, they were able to obtain follow-up appointments faster – usually within seven days – and to connect patients with the services they needed to prevent emergency department visits and hospital readmissions.

“The increase in accuracy was measured in relation to the LACE and EHR risk models,” said Simer Sodhi, director of data management and analytics at WMCHealth. “Seventy-two percent of the machine learning model’s predictions were accurate, compared to 62 percent of the LACE scores and 61 percent of the EHR scores.”

The difference was attributed to two factors: The machine learning model used many more variables than the others did, and it better reflected the characteristics of the health system’s population, she added.

Since the new discharge platform was introduced, it has cut the amount of time that the case managers need to prepare for their daily work from an average of 35 minutes to eight minutes.

“Incorporating the information on patient care gaps in the discharge report has also saved time,” Sodhi said. “Previously, our case managers had to spend two to five minutes per patient to identify these care opportunities. That added up to about 73 hours per year.”

Including work prioritization and care gap identification, the case managers are saving a total of 1,327 hours per year. As a result, the case managers have had more time to spend with patients and have been able to take on more patients who need their assistance.

Machine learning tools should be applied to the data on a health system’s patient population to increase the accuracy of readmission risk scores, Sodhi said.

“The risk scores should be part of discharge lists that are provided to case managers in their existing workflows,” she advised. “Supporting information from the EHR should be automatically paired with risk scores to make them more actionable.”

Finally, Sodhi said, case managers and frontline clinicians should have input into the development of the discharge platform so they can provide feedback on how well the platform meets their needs and fits with their workflows.