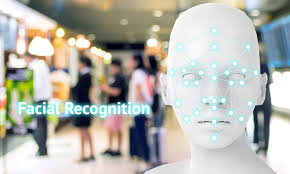 The global videos surveillance market is expected to post a compound annual growth rate of close to 11% during the period 2018-2022 according to Technavio. The potential benefits of leveraging artificial intelligence (AI) in the physical security industry have pros and cons on both sides, but the debate over the ethical ways to leverage AI and surveillance continues as more and more surveillance systems are getting the brains to match what they see.

AI startups like Boulder AI, which offers a vision-as-a-service and IC Realtime, which lets you search and analyze your video feeds from CCTV system; are gaining traction. Alongside the Chinese facial recognition startups like Megvii’s Face++ with $600 million in private equity; SenseTime with $62o million from a series C; and, Yitu Technology with $300 million from a series C, the potential uses of facial recognition technology are well funded.

Umbo Computer Vision is a Taiwanese startup with $10 million for its AI-powered video security system that can understand human behaviour.

Umbo’s CEO, Shawn Guan says that physical security has been with us for decades.  “We see cameras at many places like schools, public transit, offices, or in residential communities but most of us have no emotional connection with them.  We do not feel more or less secure when we see cameras.  There is a great disconnect here, but AI is going to change that.”

“In the future, when we are walking on the street and see an AI-powered camera, we will feel safe,” said Guan.

Guan believes that AI is the key to transform the security industry from evidence collection to prevention. “Machine learning and AI to understand human behavior unlocks the passage to real-time situation awareness of public safety and asset protection, like making sure no one can scale the wall to come into an elementary school, break into cars or facilities.”

“In three to five years from today, AI will be in all conversations about physical security systems,” he adds.

“The number of mass shootings in the U.S. continues to rise – with three of the deadliest shootings occurring within the last year. Adversaries are getting more advanced and targeting large open spaces where mass groups gather. Society needs a new approach to security, and AI and machine learning (ML) are playing a pivotal role in transforming the physical security landscape,” said Ellenbogen.

Ellenbogen says that facial recognition is also helping to improve security by identifying individuals entering a venue or business.

“The technology can verify a person from a digital image or video database to determine if they should enter,” adds Ellenbogen. “Whether it is preventing someone on a watch list or only allowing known users in – the algorithm is helping security professionals proactively monitor and prepare for threats. It’s important to note, however, that facial recognition isn’t enough. A larger security plan needs to integrate identification tools with threat detection technology to truly prevent unauthorized entry.”

Taking that one step further, AI’s adoption in security is still evolving, and for now, it can’t work alone.

“The technology can analyze data and identify patterns but can’t always determine if each pattern is an immediate danger. This requires insightful thinking that only the human brain is capable of. In the end, it will be the combined power of AI and human intelligence that will allow us to combat today’s constantly changing threat landscape,” said Ellenbogen.

“With biometrics and AI embedded into security technology, we’re empowering our customers to take a proactive approach to security and have the capabilities to expand security perimeters beyond the front door,” said Ellenbogen.  “One of the key differentiators AI offers [..] is the ability for a system to learn and one common application of ML we see in physical security is object recognition in which the system is taught to identify an object as a threat based on certain characteristics – such as the signature of a gun, knife or bomb.”

“The result is that we have systems that can do more of the monitoring automatically, and then quickly alert guards of a potential threat. Automatic monitoring of these environments reduces the need for full-body pat downs, creating a less invasive and time-consuming security environment that requires less labor,” said Ellenbogen. “In larger environments, sensors can determine if someone’s bag might contain a threat and then track that visitor down.”

“We strongly believe that facial recognition is not meant to implicate people and prevent them from entering an event or building, it’s simply used to alert a guard of a potential match, so a guard can better evaluate the situation,” said Ellenbogen. “The combination of AI/facial recognition and human IQ is what helps a human being make a sound judgment call about whether to evaluate a person further or adjust the system sensitivity. It’s incumbent upon society, to become more comfortable with opting in and consenting to the use of relevant identity data for the sake of safety,” said Ellenbogen.

Guan says that the greatest beauty of the human race is that we are able to adapt quickly.

“Some draw connections to the rise of AI as the industrial revolution. There were concerns back then about machines taking away jobs and ultimately, people learned to coexist with machines and use them to push the human race forward,” said Guan. “Today, people have similar concerns to the changes that AI could bring, yet one day AI will not be something we talk about as it will become an integrated part of our life. The security industry shares the same faith.”

Ellenbogen points out that in the current threat landscape, we will need integrated security solutions that allow people to walk into a familiar place without stopping, whether it be at a stadium, an office building or a train station.

“While there continue to be discussions around the right or wrong way to leverage advanced technology, such as facial recognition, if it can prevent one mass casualty or mass shooting event from happening, that’s a trade we should be willing to make,” said Ellenbogen.