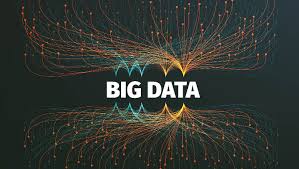 Private-equity firms have long relied on human connections to find deals, sending partners to meet thousands of executives every year and turning to their professional networks for investment ideas.

But they are increasingly applying data science and algorithms to drive their investments. They’re using software to scrutinise companies’ strengths and weaknesses to spot potential investments. They are deciding what to pay for businesses by analysing their past bids. And they’re looking to use programs to figure out how companies will perform down the road.

Starting out
Private-equity firms are late to the party in their use of high-tech analysis. Venture-capital firms, which have deep roots in the tech business and Silicon Valley, have taken big strides in incorporating data science and predictive analytics into investment decisions.

Yet about 75% of private-equity surveyed in 2017 said they struggled to gauge how using data science could affect the value of portfolio companies, according to Ernst & Young LLP.

Now that capital has poured into private equity and competition for investments has intensified, these firms are starting to turn to data analytics to gain an edge in finding deals or ruling them out. About 94% of firms expect to use more predictive analytics within the next two years, according to Ernst & Young.

Some of the biggest firms in the field are getting into analytics. Publicly traded Blackstone Group, for instance, disclosed on a February earnings call that it has built its own data platform to help inform its investment decision-making.

DealCloud, in 2010 before spinning it out as a separate company and selling it to software provider Intapp Inc.

Falfurrias, of Charlotte, N.C., uses data analytics for industry research or to find smaller businesses that it can acquire and merge into large companies it already owns.

For instance, after Falfurrias officials met executives of SixAxis LLC in 2016, the private-equity firm used DealCloud to track the manufacturing-technology company’s performance. Falfurrias opted to acquire the business last year.

When Falfurrias-backed Marquis Software Solutions Inc. bought DocuMatrix Inc. in 2017, Falfurrias used DealCloud to analyse the financial-software industry and measure DocuMatrix’s strengths against that of its competitors. Falfurrias had already spotted DocuMatrix as an acquisition target, but DealCloud enabled the firm to better grasp its business model and its fit with Marquis.

In some cases, Falfurrias inputs data on its past bids and uses the analytics programme to decide how much it should pay for assets, the firm said. “Relationships are a big part of [private equity] and investment banking, but if you can overlay that with data, that becomes so much more powerful,” says Rob Cummings, chief technology officer and managing director at Falfurrias.

Broader applications
Mr. Cummings sees broader applications for the technology. The firm eventually wants to apply the data to predict company performance and valuations to aid in selecting investment targets, he says.

The platform combines information EQT has gathered about thousands of companies on its own with data from a range of traditional sources, including industry research reports and company websites to find patterns among successful companies.

The software then uses an algorithm to identify businesses with desirable characteristics—such as a solid trajectory of growth and an ability to establish itself as a market leader—that executives can then contact. It also allows the firm to prioritise its pipeline of potential investment targets, Mr. Hernell says.

“Out of all the companies you could potentially look at, it’s pretty likely that we would like this company based on our [learning] and decisions we have made on the thousands of companies that we have already assessed,” he said.

Still, widespread adoption of the technology across the private-equity industry may require a shift in mind-set. Some private-equity professionals say they see the value of integrating data analytics into their workflow, but question the necessity of investing in the technological infrastructure when they’ve had success by using their instinct and connections.

“This is a journey that we’re just beginning, and while we’ve got a team, it’ll take more investment in the team,” Tony James, executive vice chairman of Blackstone, said during the company’s February earnings call. “It’ll take somewhat of a cultural change,” Mr. James said. “It’ll take education around our people.”

Some private-equity investors say that finding the right balance between human judgement and machine learning will take time.

“I’ve never viewed it as an either-or,” says Eric Bradlow, a professor at the Wharton School of the University of Pennsylvania who founded data-research centre Wharton Customer Analytics Initiative in 2006.

“Analytics is a form of business intelligence,” he said.