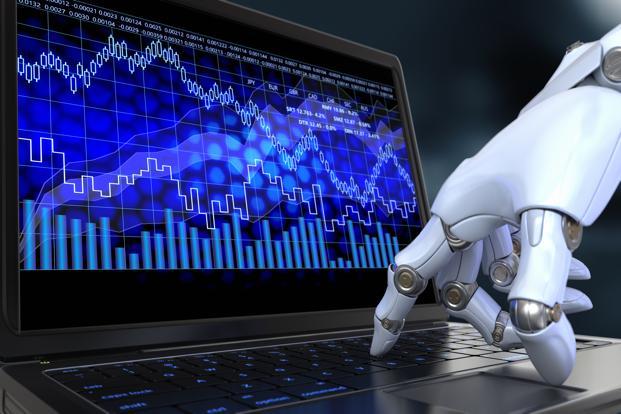 The concept of robotics has been in existence for a long time, with Egyptians using automated water clocks to strike the hour bell and hydraulically operated statues that could gesture and speak in 400 BC. Subsequently, there have been many such instances of robotics in the history of mankind. The first modern-day Industrial Revolution dates back to 1800s and had manufacturing processes for metals, chemicals, textiles and mining; leading to an increase in productivity and output. Robots have evolved tremendously over the years and are now being widely used in various sectors such as defence, disaster management, search and rescue operations, and the entertainment industry in the form of electronically operated toys.

Automation is an extension of robotics and can be termed as the next phase of industrial revolution. The present industrial revolution seeks to disrupt the existing processes and enhance them with programmable logic. While it is easy to identify a repetitive process or task, it is equally difficult to program such a code that can make a machine carry out this activity on a perpetual basis.

As technology has improved over time, robots and automated systems have made inroads into organizations where tasks may have been dangerous, impossible or just plain mundane for humans.

Since the dawn of computer programming, automation, also known as robotics, was available in the form of click-and-type macros. These would repeat keyboard and mouse operations, mimicking a human.

With the advent of advanced analytics and data sciences, as in artificial intelligence, it is now possible to automate complex tasks that can act intelligently like humans. Analytics are now being used to identify or avoid risks; for example, identifying a suspect fraudulent transaction on a credit card based on the customer’s regular spending pattern or studying a customer’s spending pattern on an online retail store and recommending products.

Use of sensors in everyday objects such as lights, air conditioners and televisions—which operate based on inputs like human gesture, speech or commands—is another example. Sensors are also being used to identify speeding cars or count the number of parking slots available in large parking spaces.

The latest application of robotics and automation can be seen in technologies such as autonomous or driverless cars, 3D printing and chat bots.

Data analytics forms the backbone of robotics and automation. Any task that can be programmed into a computer-readable code requires extensive amount of input data to be analysed and processed in real-time basis to provide enhancements.

For instance, real-time data analytics plays a pivotal role in allowing a driverless vehicle to self-navigate from one point to another, without human intervention. Sensors and cameras provide real-time input of distance between vehicles, traffic conditions, and natural obstacles such as stones and dividers; which are then processed at high speeds to allow the vehicle to navigate at an optimum speed. Global Positioning System (GPS) provides navigation and route information for the destination. All these processes and sensors work simultaneously, processing large data sets to redefine the driving experience.

Chat bots too require complex understanding to simulate human behaviour for efficient customer service. Data analytics can provide significant value to chat bot technology by leveraging large data sets that form the basics to simulate human behaviour. With the help of artificial intelligence and machine learning, bots can be designed to continuously learn and evolve their responses to customer queries. Chat bots can also be used in help desk management systems where these are capable of resolving queries accurately and at a faster pace compared to their human counterparts.

While automation technologies like driverless cars and chat bots may disrupt our lives in the future, each one of these could potentially create avenues and opportunities for individuals and businesses. Here are some examples:

• The mass adoption of driverless cars could potentially have an adverse short-term impact in the form of job losses, but may also allow low-cost entry for small scale investors. These investors can set up a unit of driverless cabs and earn their livelihood without relying on third parties. Programming and data analytics for driverless cars would result in job creation in software engineering.

• Chat bots could possibly reduce the need for customer service representatives but on the other hand, complex programming requirements and artificial intelligence would lead to more job creation for data science analytics and service delivery to customers.

Every industrial revolution that has occurred in the past has opened a wide variety of prospects for individuals as well as organizations.

Market sentiments suggest that the job market does not stay static but changes constantly with innovation in technologies. Many tasks undertaken (manually) by humans about 20-30 years ago are no longer relevant. Gone are the days wherein one would need to feed a huge stack of chip cards to a large computer system. Data entry has become more sophisticated and less manual. Similarly, today’s jobs may not be that relevant 20-30 years in the future but there would be more and different opportunities. With the increased use of remote connectivity, video conference and digital presence; the job scenario is expected to drive the future of work. Manual tasks would become increasingly automated for business efficiencies and scale. This will be key for organizations that want to stay ahead of the curve and outpace rivals in a highly competitive world.