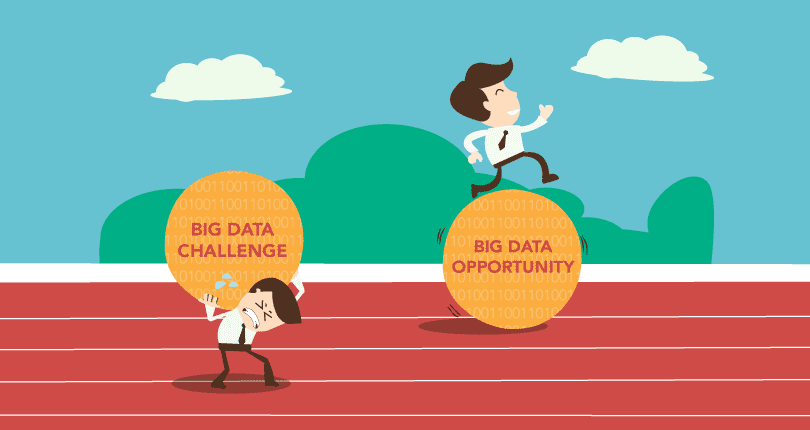 If you want to be a data scientist, the tech world is still rife with opportunities. As with most booming tech sectors, attracting enough talent to fill the demand is important.

One way of doing this is to give visibility to the talent that is already there, highlighting the importance of data science and bringing it to the forefront of people’s minds.

The DatSci awards is an initiative that offers visibility and recognises the efforts of individuals, educational bodies and forward-thinking organisations within the growing data science sphere.

Siliconrepublic.com spoke to Ana Peleteiro Ramallo, a senior data scientist with Zalando Technology and a finalist for Data Scientist of the Year at the awards.

“My colleagues encouraged me to apply,” she said. “My contributions within Zalando and also outside the company in the data science community in Dublin have been big, so I decided that I would apply.”

Peleteiro Ramallo works as part of the fashion content team at Zalando, which is the biggest fashion platform in Europe. “I work with machine learning, deep learning and different techniques in order to provide the insights to different people.”

She became an award finalist based on the impact of her work, her technical capabilities and her level of knowledge sharing. “It’s really important in science to share knowledge and to give feedback.”

She said that within Zalando, there is a lot of upskilling, mentoring and opportunity for meet-ups.

Peleteiro Ramallo wanted to be a data scientist because of her love of finding solutions. “I’ve always been interested in solving problems. Having data allows you to make more informed decisions,” she said.

“I love that by using data, you can empower the business to take data during decisions. So, you don’t only rely on your intuition but you rely on the insights you can obtain for the data.”

She also said she loves designing algorithms, building different things that will impact how other people work and research. “I’m an engineer by profession but I did a PhD in artificial intelligence.”

Peleteiro Ramallo spoke highly of the mentors she had that helped her on her journey as her career progressed. She said it’s what drives her to share her knowledge with the STEM community when she can.

“I think it’s really important to help people upskill and that’s why I’m really committed to sharing my knowledge in different venues because I think that if you can help other people to climb their career ladder, that would be beneficial for everyone because you get better professionals.”

It’s not a boy or girl thing

Peleteiro Ramallo is one of five finalists for the Data Scientist of the Year award but she is the only female one.

She told Siliconrepublic.com that she has always been in male-dominated environments, with her engineering background and her interest in sports, so she doesn’t even notice any more in her own career.

However, she said she was still conscious of the gender diversity issues within the tech industry. “That’s why I’m doing a lot of ‘women in tech’ events, trying to be a role model, give more visibility to women.”

Peleteiro Ramallo said some companies are already taking action to help close the gender gap, but for the rest of the industry, it’s about education at an early age.

“It’s about educating from the ground up; that there’s no such thing as ‘this is for girls’ and ‘this is for guys’ – this is just something that you do if you like it. It shouldn’t matter what you are.”

She mentioned that Zalando welcomed teenagers as part of work experience, enabling them to see that tech was something cool, applicable to real life and, most importantly, achievable.

“I think sometimes people get scared and think: ‘This is not something I can do, this is too difficult for me.’”

She also said it’s important to create a space where everyone feels safe to work, citing the sexism and sexual harassment allegations at Uber. “I think those are things that the company has to stop because I think there are individuals that don’t understand that we’re all equal.”

Given how long the data science sector has been growing, has it reached its peak yet? Peleteiro Ramallo doesn’t think so.

“I think companies are realising that they need to leverage their data, so they have some data that they can use to make more informed decisions, or to improve customer experience.”

She said it’s a really good time for those in the data science sphere because of the big opportunities and challenges that are out there right now.

She also advised those who want to become data scientists to always keep learning. “Always keep refreshing your knowledge because it’s a field that changes really fast and it’s important to keep up to date with what’s the newest algorithm or the new approaches.”