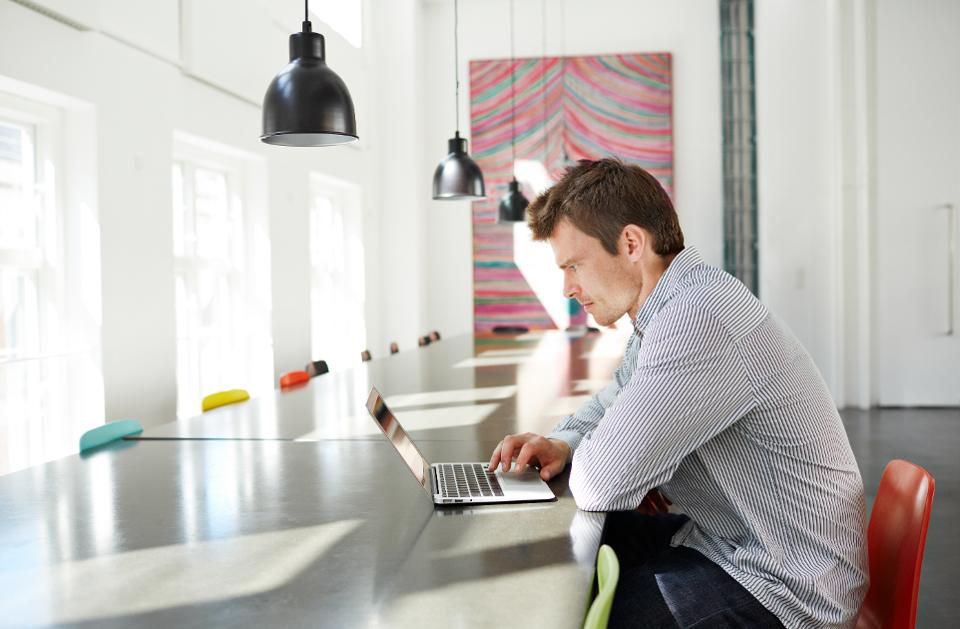 For almost 80 years, people have tuned in to their television sets to get their daily dose of news.

All around the world, people watched the Vietnam War, the fall of the Berlin Wall and the two Gulf Wars unfold in front of them on their TV screens.

For most of us, television news has been a constant in our lifetime – something we turn to when the big news breaks.

But, for the first time since the introduction of television news in 1940, the dominance of the nightly TV news bulletin is being challenged by a serious competitor: online news.

While half the population still often gets their news from television, 43% of Americans now say they regularly engage with online news sources. To put this in perspective, in 2016, the gap between television (57%) and online (38%) news sources was 19 points.

The trend toward digital news content takes on greater significance when you consider the generational gap, with millennials twice as likely as their parents to get their news online.

The Business Model Of TV News Is Changing

There’s been much speculation about the end of newspapers as mastheads go digital, but the reality is that online content is also killing off commercial TV news.

The business model of commercial television news centers on the fact that the editorial content is funded by advertising shown during the commercial breaks. The news content is technically free for the consumer. Instead, the cost to the viewer is dull and often annoying advertising.

One of the biggest disruptions to the nightly news broadcasts was the introduction of 24/7 cable news broadcasting in the ’80s, with the arrival of CNN and the Financial News Network, which merged with CNBC.

Since then, people in the United States (and many other developed countries) have shown an appetite for consumer-funded news content. For example, American adults over 18 years old spent more than 72 billion minutes consuming news in 2016, according to the Nielsen Ratings Service.

But thirst for more user-paid content hasn’t only given rise to new media platforms; it also impacts delivery methods used to connect consumers with the information that matters to them.

Are Online News Subscriptions The Future Of News?

Subscription media services, such as Spotify and Netflix, are conditioning a whole new generation to pay a small fee for quality content.

According to Deloitte Global, 50% of adults in developed countries will have at least two online-only media subscriptions by the end of 2018, rising to four by 2020.

Not only do we know that online subscription-based delivery models are where the future of media consumption is being fought, but we also know that the prevailing form of that media is video.

According to Cisco, video will soon represent around 82% of total consumer web traffic by 2021, up from 73% in 2016. Growth has been spurred by proliferation in, and adoption of, video streaming services.

From Broadcast To Microcast: News Services Struggle To Adapt

With this shifting landscape in mind, it’s no surprise that a research report from the Reuters Institute, “The Future of Online News Video,” found 79% of the world’s senior digital news leaders are investing more in online news video. But, it’s not all smooth sailing.

The extensive report emphasized the current struggles many news organizations and broadcasters are having when pivoting to meet the online news video revolution.

“Most news organisations are in an experimental phase; they are nervous about the significant investment required, the difficulty of scaling video, and the uncertain path to commercial return,” stated the report.

So, how exactly can news networks thrive on burgeoning demand for online video content, as well as increasingly tailored consumption expectations from viewers, at scale (without buckling under the strain)?

I believe that the new era of news will be hyper-personalized content, curated by a trained algorithm that learns your preferences over time.

If you’re a sports fan, I predict AI will soon be able to instantly collate all the latest video content from the weekend’s matches, automatically compile the specific highlights it knows you want to see, and deliver a completely customized video to your designated device. For the news industry, production costs are minuscule, the number of hyper-personalized video streams infinitely scalable and the consumer experience hyper-targeted. Who wouldn’t be willing to pay for this type of hyper-personalized subscription service?

If this is indeed the future of digital news video, then the funding model will most certainly involve new consumption-based micro-payments to news broadcasters. It’s certainly something we’re invested in helping realize with our video virtualization technology.

AI and automation are already being used in newsrooms across the world to deliver content faster, at scale, with less cost.

Many journalists use AI-generated smart templates to produce “commodity news,” such as reports on finance markets and company earnings (seeBloomberg’s Project Cyborg initiative, as reported on Poynter.org).

When it comes to video, broadcasters like RTVE and the BBC are already investigating ways that AI and machine learning can automate the production of news packages, sports highlight packages and the connection of content to viewer preferences through data mining techniques. AI can even be applied to detect, and potentially create, fake video news.

As John Micklethwait, editor-in-chief of Bloomberg News, penned in his recent piece “The Future of News”: “News is an industry in transition, not in decline. It is re-emerging as something more digital, more personalized, more automated, more paid for.”