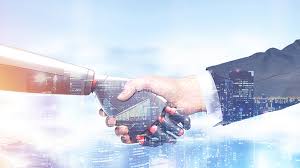 The Fourth Industrial Revolution is blurring the lines between the physical, digital and biological spheres, creating breakthroughs in robotics, nanotechnology and artificial intelligence (AI). Underneath the sheer scale and speed of this new age for industry are some human-scale innovations that are changing the nature of difficult, dirty and dangerous work and creating valuable feedback loops that can generate new services, new products and better ways to service customers.

What does this look like on the floor of the average factory or along the power grid or on an oil rig? Sensing and monitoring technologies along the production cycle, together with the data produced by those sensors, are already enhancing safety, predicting potential breakdowns and increasing productivity across industries. But the full potential of AI for manufacturing, utilities, mining and all heavy industry will be measured in more profound ways by changing the value chain and—most significantly—saving lives.

When a power line goes down in a storm, repair crews face any number of potential hazards working with unstable equipment, dealing with bad weather or encountering unforeseen damage. According to T&D World, utility line work is one of the top 10 most dangerous jobs, with as many as 50 out of 100,000 workers killed on the job every year. Traditionally, equipment inspection might involve line workers climbing poles or standing in cherry pickers, or helicopters flying in low.

A growing network of sensors installed along the power grid is already helping with power-line operation and maintenance, while advanced algorithms are helping to predict potential problems before they happen. Now, drones coupled with intelligent analytics can dramatically streamline routine inspections, increase emergency responsiveness and decrease power outage times, according to eSmart Systems, a company in Norway that specializes in operational technology.

Intelligent drones can also provide radically new insights into grid operations. Drones can fly into areas that would be dangerous for humans, collecting an inventory of assets for electric companies. Ultimately, grid operators can draw on the skills of their frontline repair crews and engineers to help train AI systems to suggest what should be fixed and the cost that it would take to fix it. Time-series data can also be used to create a what-if analysis, allowing for something like a time-travel movie, where users can go back and diagnose what happened or they can go forward to predict what might happen under varying conditions.

It’s not hard to imagine what such monitoring and scenario planning could mean on an offshore oil rig or deep underground at a mining operation—or in any other dangerous occupation where embedded sensors and AI could help predict hazardous conditions before workers are put in harm’s way.

Since the dawn of the Industrial Age, wasted time and material have been part of the manufacturing process. That expectation has changed—particularly where the product cycle is being compressed to the point that traditional inspection and correction methods are too cumbersome and time-consuming. “For me, creating the ‘Factory of the Future’ means increasing the throughput of products while simultaneously decreasing the need for human touch, because then we’ll remove the chance of waste every time,” explains Matt Behringer, chief information officer, enterprise operations and quality systems, at Jabil, an engineering, manufacturing and supply-chain company.

Collecting more than a million data points from each assembly across its manufacturing process, Jabil is able to anticipate and avert most circuit-board failures early in the production line. As a result, the errors can be corrected prior to adding expensive electronic components or producing defective equipment that ends up in the scrap heap—or worse, on customers’ shelves. The data that Jabil collects from every factory and product worldwide not only improves the inspection processes, but it’s also used to optimize the operation of individual machines in an increasingly intelligent feedback loop.

The technologies that power today’s defect detection systems will be further enhanced by cutting-edge developments such as Field Programmable Gate Arrays (FPGAs). FPGAs can act as local compute accelerators, inline processors, or remote accelerators for distributed computing. FPGA technology can also analyze thousands of images a second—speeds that until now were possible only with a supercomputer—enabling a new kind of precision in any intelligent system that relies on visual information.

If it flies at 35,000 feet, drills into layers of hard rock or rolls down the highway, chances are Sandvik Coromant has a machine tooling system that can be used in its production. Since the company was founded 75 years ago, servicing those machines meant sending a technical expert to help on site. Now the company is on a quest to digitize that technical knowledge as well as collect machining data from sensorized tools in order to provide intelligent feedback to the machines and the humans running those machines.

Adding embedded intelligence to these tools captures more data from the machining operation that can be used to automatically make adjustments, notify technicians when maintenance is needed or alert plant managers of a potential failure. By alerting the machine operators when something needs to be changed, they can plan the best time for that action and minimize disruption to ongoing workflows.

Adding Intelligence To The Edge

To achieve true real-time insights, some AI workloads will need to run where they are—at the edge, says research firm ISG. Microsoft CEO Satya Nadella believes that the intelligent edge is part of a foundational technological shift driven in part by the need for distributed, event-driven and server-less technologies that can compute and react where they are located. The ability to add intelligence to edge devices—those devices that don’t rely on a connection to process information or take action—opens new opportunities in difficult environments such as disaster recovery, rail-line inspection and gas pipelines. Innovations, such as the ability to create synthetic environments—like the training tools the military uses to train soldiers and employed by gamers everywhere—can be highly customized and used to train drones and other inspection equipment to recognize anomalies or look for someone in distress.

Smart sensors, AI-embedded machinery, well-trained drones and the breathtaking array of innovation in artificial intelligence today hold great promise to take much of the danger out of difficult, dirty and dangerous work.