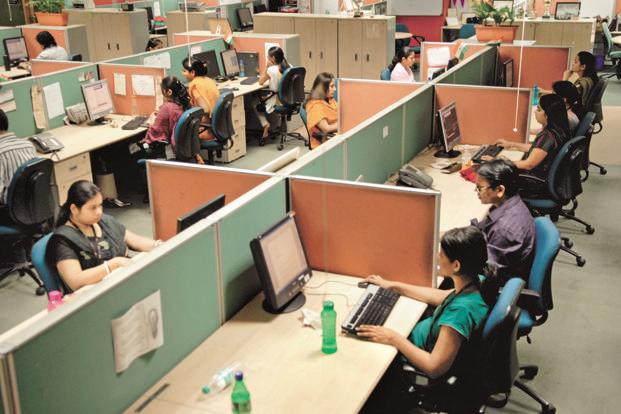 Infosys Ltd says that Artificial Intelligence (AI) technologies “are already being broadly deployed, producing real results, and impacting business strategy” in at least 73% of companies across the globe. Along with other Indian IT companies, Infosys fancies itself a leader in AI.

The reality, though, according to MIT Sloan Management Review and Boston Consulting Group, is that hardly one in 20 US companies has extensively incorporated AI into its offerings or processes. Businesses understand neither what AI is nor how to realize its amazing potential. The only significant player in the AI enterprise market is IBM Global Services, with IBM Watson technology, and its take-up has been slow due to these limitations.

If Indian companies want a share of the emerging AI market opportunity, they need to start with a realistic understanding of what AI is and then build practices to educate their customers and transform industries.

To be fair, AI receives a lot of hype—the headlines make it seem like magic. Google’s AlphaGo Zero learned the world’s most difficult board game in just three days and beats champions; Nvidia’s AI generated photorealistic images of good-looking people just by looking at pictures of celebrities.

AlphaGo and Nvidia did so using a technology called generative adversarial networks, which pits two AI systems against each another, enabling them to learn from each other. The trick was that before the networks battled each other, they received a lot of coaching. More importantly, their problems and outcomes were well defined.

These approaches are not applicable to most business systems, which can’t be turned into a game, because they don’t have clearly defined outcomes and they deal with far too many variables.

Take the problem of inventory management, which has the clearest of all objectives: to minimize inventory investment and maximize customer service and sales. Many external factors affect inventory decisions; it is nothing like having just two players, able to see each other’s moves. And the rules keep changing. It takes more than computing capacity and clever algorithms to “win”.

The problems become even more complex when analysing public-health data to predict and prevent the spread of disease; making personalized treatment decisions based on medical data; scheduling preventive maintenance for industrial equipment based on sensor data; and identifying credit fraud in real time. These are some of the many uses for AI in business, but AI is still in its infancy.

Today’s AI systems do their best to reproduce the functioning of the human brain’s neural networks, but their abilities are limited. They use a technique called deep learning, which adjusts the relationships of computer instructions designed to behave like neurons. Put simply, you tell an AI exactly what you want it to learn and provide it with clearly labelled examples, and it detects patterns in the examples and stores them for future application. Its patterns’ accuracy depends on data: the more examples you give it, the more useful it becomes.

And herein lies a problem: an AI is only as good as the data it receives, and is able to interpret them only within the narrow confines of the supplied context. It doesn’t “understand” what it has analysed, and so it is unable to apply its analysis to scenarios in other contexts. And it can’t distinguish causation from correlation. AI is more like an Excel spreadsheet on steroids than a thinker.

The bigger issue with this form of AI is that what it has learnt remains a mystery: a set of indefinable responses to data. Once a neural network is trained, not even its designer knows exactly how it is doing what it is. Speaking about the new developments in AlphaGo, Google/DeepMind’s CEO Demis Hassabis reportedly said, “It doesn’t play like a human, and it doesn’t play like a program. It plays in a third, almost alien, way”.

Businesses can’t afford to have their systems making alien decisions. They have regulatory requirements and reputational concerns and must be able to understand, explain, and demonstrate the logic behind every decision that they make.

For AI to function as something more valuable than Excel spreadsheets, it needs to be able to look at the big picture and include many more sources of information than the computer systems it is replacing do. Even when a company has all the necessary data, they usually aren’t labelled, up-to-date, or organized in a usable manner. There are disjointed data sets in different computer systems. It is also rare that anyone has a grand vision for how to put these data sets together and use them in new ways.

These are all opportunities for Indian IT: everything from data clean-up, to designing new information architectures and integrating data sets, to developing the vision and implementing AI. But breaking into this market will require something more than marketing brochures and press releases. It will entail retraining of hundreds of thousands of engineers and establishment of new consulting practices.