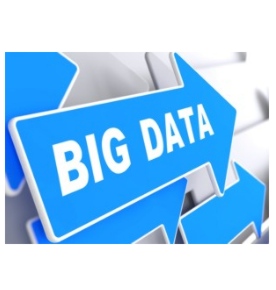 R, Python, and Scala are the three major languages for data science and data mining. Here you’ll find out about their respective popularity, ease of use, and some pros and cons. Before all that, however, an important link between data warehousing and Big Data needs discussing.

Organizations and enterprises of all sizes can analyze the large stores of unstructured and structured data they are inundated with on a daily basis for trends, patterns, and correlations, with the expectation that such analysis leads to better business decisions and more knowledge on human behavior. According to Forbes, the adoption of so-called Big Data analytics increased to 53 percent of companies during 2017.

A big part of the transition to Big Data analytics is getting an acceptable computing infrastructure in place to store all this data, however, the challenge doesn’t end there. Companies must also decide which programming language their developers and data scientists will use when working with Big Data.

Data warehousing ties in with Big Data analytics in the sense that it is also an important driver of business intelligence. In a data warehouse, multiple sources of enterprise data are integrated into a centralized repository for reporting, analysis, and decision-making purposes. To read more on data warehouses, check out this guide to data warehouse basics.

Big Data is just data—it’s the analysis that can turn it into valuable business intelligence. However, much of the information in Big Data systems ends up not being of much use; special systems, software, and processes are required to even get to grips with all this voluminous data that companies gather at high velocity. Big Data evolved as a distinct term because traditional database systems can’t cope with all that data. The end goal is similar, though, between Big Data systems and data warehouses: analyze data and get actionable insights from it; the scale and data structure are what differ.

Even though Big Data systems and data warehouse systems are typically distinct, some SQL data warehouses can be useful for Big Data analysis, including the open-source Cloudera Impala, Apache Hive, and Apache Spark. Let’s now focus on some Big Data programming languages.

R is a programming language used primarily for statistical analysis. A series of packages exist for R known as Programming with Big Data in R (pbdR), which facilitates the analysis of Big Data, distributed across multiple systems, using R code.

R’s flexibility is a strong point because you can run on almost all operating systems. In addition, R has excellent graphical capabilities, which can come in useful when trying to visualize patterns and associations within Big Data systems. Packages like ggplot2 can further enhance R’s data visualization capabilities and make it easy to produce high-quality graphs. However, R is less of a general-purpose language, meaning developers and data scientists might have some trouble getting to grips with it compared to a more traditional programming language. It has a steep learning curve for anyone approaching it without a purely statistical background. Furthermore, users of R can encounter some speed and efficiency issues.

The average pay for a data scientist with extensive R skills is $115,531 per year.

Python is more of a general-purpose programming language that developers are much more likely to be familiar with. Python is also easier to learn, and there are several excellent, completely free tutorials online that go through the basics. Python is regarded as a ‘glue’ language, meaning it’s good for when data analysis tasks require integration with web applications.

Python is the most popular language used by data scientists to explore Big Data, thanks to its slew of useful tools and libraries, such as pandas and matplotlib. Python also has excellent performance and scalability for data science tasks., and it can be used with fast Big Data engines such as Apache Spark via the available Python API. A disadvantage is that the community data for exploration and learning is not as extensive as that for a dedicated statistical language like R.

A data scientist with Python skills can command an average salary of $93,185 per year. Scala is a general-purpose programming language designed partly with the intention to address some of the main criticisms of the Java language. The Apache Spark cluster computing solution is actually written in Scala, which explains the popularity of this language in data science, particularly Big Data analysis.

Scala used to be mandatory to work with Spark, but this has been addressed with the opening of API endpoints accessible with other languages. However, it’s still the de facto language for some current Big Data tools, such as Finagle. Scala has superb concurrency support, which is imperative for parallelizing a lot of the processing needed for large data sets. Scala runs on Java virtual machine (JVM), making it ideal for use with a framework like Apache Hadoop.

The average annual salary for a data scientist with Scala skills $102,980.

In summary, you can’t really go wrong with choosing any of these languages for Big Data programming. As the most general purpose language and the one likely to take the least time for developers and data scientists to become familiar with, Python is probably worth starting off with, particularly due to its well-established API endpoints with engines like Apache Spark, which are often used for Big Data analytics.