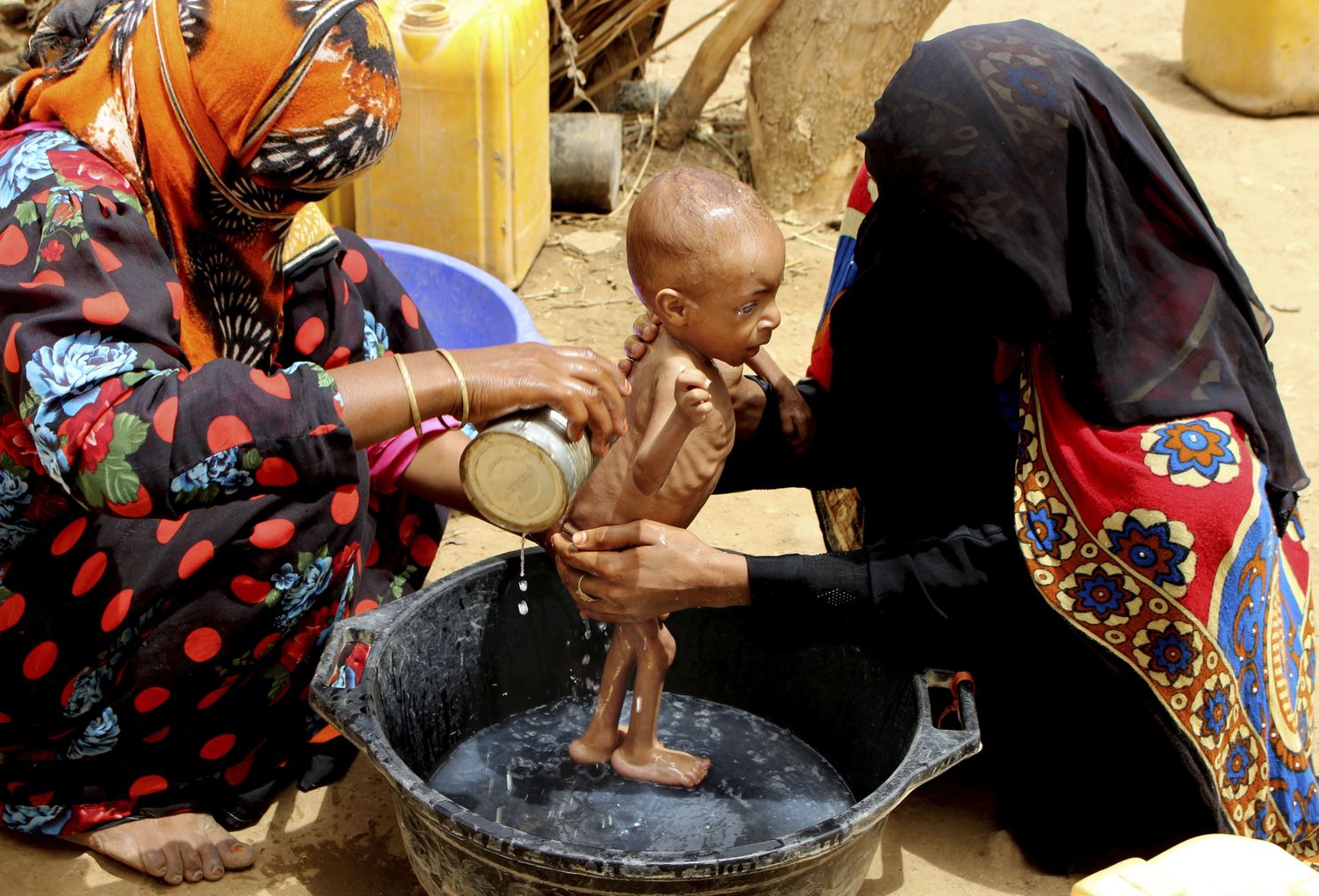 Despite being a slow-moving disaster, famine is notoriously difficult to predict.

The reason for this, experts say, is that severe food shortages are hardly ever about food supply alone.

A famine might be triggered by drought or some other climatic interference in crop production, but other powerful forces usually bring the scourge to full bloom: food price inflation, political instability, military conflict and even too much rain.

“The root cause of famine is extremely complex,” said Franck Bousquet, senior director of the World Bank Fragility, Conflict, and Violence Group (FCV). “Usually, the poorest and most vulnerable are the most affected and the least able to cope with shocks that other populations can absorb. Out of the last 10 major famines, nine have resulted from conflict and war.”

“It’s not only about drought,” he added.

A year after severe food shortages threatened more than 20 million people in countries such as South Sudan, Afghanistan, Somalia and Yemen, a coalition of international organizations say they are partnering with tech companies in an effort to prevent future famines using technology.

The coalition — which includes the World Bank, the United Nations and the International Committee of the Red Cross, as well as companies such as Microsoft, Google and Amazon — said Sunday it is launching a tool called the “Famine Action Mechanism,” a still-evolving algorithm that will use analytics to identify areas that are most likely to experience extreme food shortages.

Modelling such probabilities using AI, officials involved in the effort say, could help international organizations with one of the their biggest challenges when it comes to avoiding famine: securing the release of funding to at-risk areas before it’s too late.

The United Nations says a region reaches the conditions known as famine when daily hunger-related death rate exceeds 2 per 10,000 people. This year, An estimated 124 million people in 51 countries are facing severe food insecurity, according to the World Food Programme.

World Bank officials said the idea for FAM arose last year, when they met with their counterparts in the United Nations to evaluate their response to a recent food crisis in Somalia. Though they had responded to the crisis quickly, they said, they decided to develop an early-warning system to secure funding as quickly as possible. This bureaucratic string-pulling, which is highly depending upon accurately forecasting a potential crisis, is often the final hurdle to saving lives, experts say.

Brad Smith, president of Microsoft, said AI could play a significant role in changing that.

“If we can better predict when and where future famines will occur, we can save lives by responding earlier and more effectively,” Smith said. “Artificial intelligence and machine learning hold huge promise for forecasting and detecting early signs of food shortages, like crop failures, droughts, natural disasters and conflicts.”

Ed Hsu, senior adviser to the president of the World Bank, said international leaders decided to enlist the help of technologists because of their unique ability to take existing challenges and look at them in new ways. As advancements in connectivity unleash powerful streams of new data, he said, officials wondered how that information might be used to analyze food crises.

“Can we use new information from satellite imagery or social media to analyze this problem of famine and look at it in a new way?” Hsu said. “That’s why we thought to ask the top artificial intelligence experts in the world to support us in our efforts.”

Famine prediction is already something of a science. The Famine Early Warning Systems Network — a USAID program started in 1985 — keeps an updated list of global areas of highest concern, factoring in variables as diverse as rainfall totals and agricultural prices to terrorism and upcoming political elections.

And yet, forecasters say, there has never been a “qualitative modelling process,” a mathematical formula that would help experts “calculate” food security, according to the Atlantic. They also lack the ability to evaluate hunger levels in a given location in real time, forcing an organization such as FEWS NET to gather much of its data in person through the relentless efforts of hundreds of employees.

The Famine Action Mechanism — which launches next month in a small number of countries — will attempt to digitize those decisions using a suite of analytical models known as “Artemis,” World Bank officials said. The models will create alerts that “trigger prearranged funding and action plans by donors, humanitarian agencies and governments to generate earlier and more efficient interventions,” the World Bank said in a statement.

World Bank officials said it will take time to tailor the models, which will rely on machine learning, to different regions around the world, each of which has unique vulnerabilities to famine. They claim early interventions reduce humanitarian costs by as much as 30 percent.

“The fact that millions of people — many of them children — still suffer from severe malnutrition and famine in the 21st century is a global tragedy,” World Bank Group President Jim Yong Kim said in a statement. “We are forming an unprecedented global coalition to say, ‘no more.’ The Famine Action Mechanism is a preventive approach that knits together innovative technology, early financing, and strong partnerships on the ground in an effort to prevent famine.”