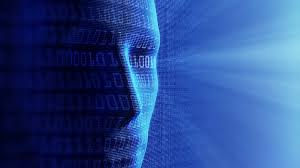 Whhile much has been written about information technology companies investing in artificial intelligence, Loup Ventures managing partner Doug Clinton notes that many non-tech companies are capitalizing on AI technology as well.

Clinton has put together a portfolio of 17 publicly traded non-tech companies that are making investments in AI to improve their businesses. In a recent blog post, Clinton notes that he assembled the portfolio as a “fun exercise” and a way to draw attention to the sweeping nature of AI advancements. Loup Ventures is an early-stage venture capital firm.

“In 10 years, every company will have to be an artificial intelligence company or they won’t be competitive,” Clinton said.

Among the companies included is IBD 50 stock Idexx Laboratories (IDXX). Idexx makes products for the animal health-care sector. On its last earnings call, the company said that its latest diagnostic products are using machine learning so the instruments always have the ability to learn and train on new data. One such product that leverages AI is its SediVue Dx analyzer, Clinton said.

Among those venturing into the space, Clinton says: