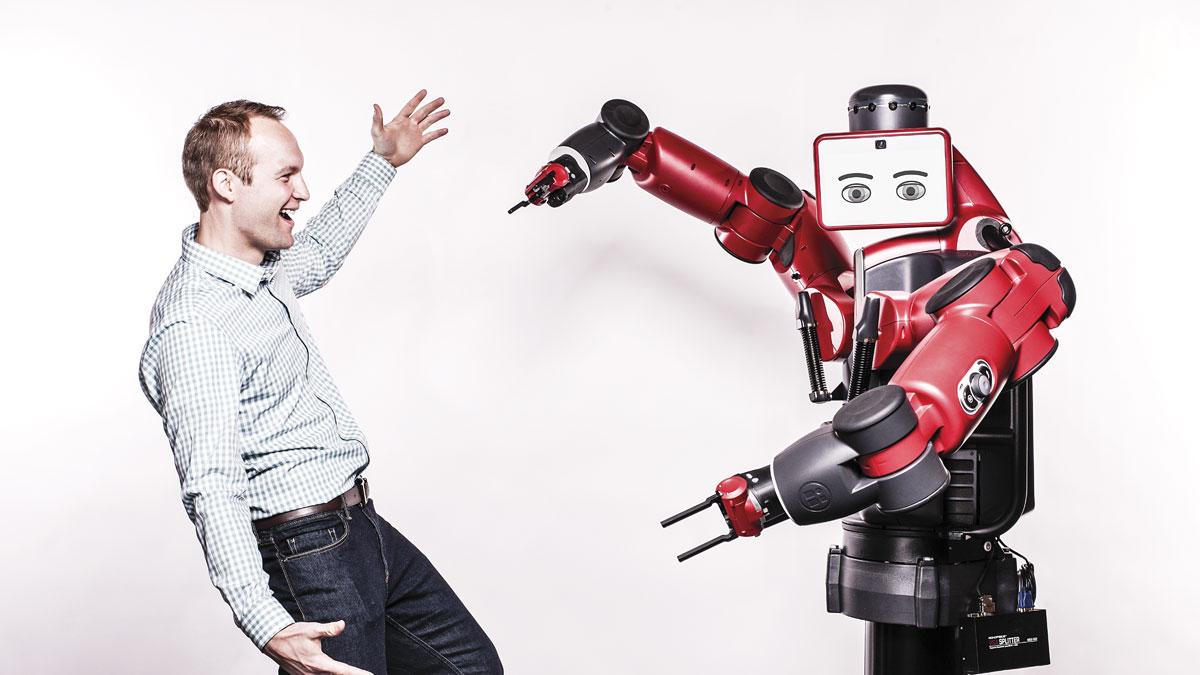 What happened in Italy on Tuesday should make a lot of people sit up and take note, especially companies that seek to cut costs by automating processes and employees who are scared of losing their jobs to machines.

The Lucca Philharmonic Orchestra performed in front of a crowd at Teatro Verdi in Pisa. Renowned Grammy-nominated tenor Andrea Bocelli performed, and so did soprano Maria Luigia Borsi, each belting out notes for a crowd of about 800 people.

There was just one thing that did not stick to the norm: The conductor was a robot.

The bot, YuMi, built by Swiss robotics company ABB, has made waves in the past because of its ability to perform tasks requiring fine motor skills, like threading a needle, using its two arms.
According to ABB, this is a significant step forward for YuMi as this was the first real non-mechanical task carried out by the robot. So far, the human-robot collaboration had been restricted to the workplace and little to no intelligence is required to carry out those tasks.

But ABB says the next logical advancement in the world of robotics would be to enable human-robot collaboration. The word ‘collaboration’ is used to define an environment where the robot’s work is stimulated by human intervention.

YuMi’s performance signals a future when robots can also replace jobs which are perceived to be the domains of only humans today. Robots like YuMi can meet a lot of flexible and agile production needs of the consumer electronics industry, for instance.

In India, where manufacturing is a growing sector, robot density-the number of robots per 10,000 manufacturing employees-is nearly 10, at least 30 times less than that in Korea and Japan. YuMi-like robots could be revolutionary in boosting production, especially when India aims to become a mobile phone manufacturing hub. But robots have also become an increasing cause of concern for a nation where more than half the population is young and a good number of them without jobs.

As robotics industry evolves, robots are increasingly used not just to perform mechanical tasks that are repetitive. Industrial robots are now being trained to be able to recognise patterns and react accordingly. The most basic component of an artificial intelligence (AI) system is its ability to respond appropriately to stimuli.

Pattern recognition is something that most AI devices thrive on, and conductor Andrea Colombini says that was the basis behind YuMi’s ability to conduct an orchestra-the ability to recognise different notes and synchronise movements to match those notes.

ABB Group CEO Ulrich Spiesshofer said YuMi’s ability to conduct an orchestra was the start of something new in the field of robotics, and demonstrated the ability of robots to understand and self-learn different movements.
However, there are dangers of an artificial intelligence system becoming too intelligent, as Elon Musk recently pointed out. That was seen at Facebook in August when it shut down its AI systems as robots began talking to each other in a language they themselves created.

For ABB, the aim right now is collaboration, and not robots that can take over the world. Collaborative automation is what ABB is focusing on.