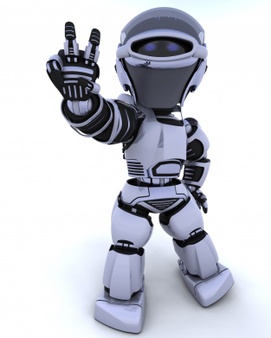 Engineers at Massachusetts Institute of Technology (MIT) have designed an autonomous robot that can keep pace with foot traffic while observing the general social codes that pedestrians follow to avoid oncoming obstacles while keeping up a steady walking pace.

In drive tests, the robot, which resembles a knee-high kiosk on wheels, successfully avoided collisions while keeping up with the average flow of pedestrians, said the researchers who have detailed their robotic design in a paper scheduled to be presented at the IEEE Conference on Intelligent Robots and Systems to be held in Vancouver, Canada, in September.

“For instance, small robots could operate on sidewalks for package and food delivery. Similarly, personal mobility devices could transport people in large, crowded spaces, such as shopping malls, airports, and hospitals,” Chen said.

In order for a robot to make its way autonomously through a heavily trafficked environment, it must solve four main challenges — localisation (knowing where it is in the world), perception (recognising its surroundings), motion planning (identifying the optimal path to a given destination), and control (physically executing its desired path).

Chen and his colleagues used standard approaches to solve the problems of localisation and perception.

For the latter, they outfitted the robot with off-the-shelf sensors, such as webcams, a depth sensor, and a high-resolution lidar sensor.

For the problem of localisation, they used open-source algorithms to map the robot’s environment and determine its position. To control the robot, they employed standard methods used to drive autonomous ground vehicles.

For motion planning, the researchers used reinforcement learning, a type of machine learning approach, in which they performed computer simulations to train a robot to take certain paths, given the speed and trajectory of other objects in the environment.
The team also incorporated social norms into this offline training phase, in which they encouraged the robot in simulations to pass on the right, and penalised the robot when it passed on the left.

“We want it to be travelling naturally among people and not be intrusive,” study co-author Michael Everett said.