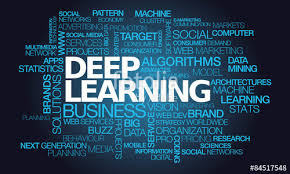 Google’s AlphaGo made history in May 2017 when it defeated Ke Jie, the world’s reigning champion of the ancient Chinese game Go. It was the first computer program to defeat a professional human Go player, much less a world champion. Later that year, Google introduced AlphaGo Zero, an even more powerful iteration of AlphaGo.

Anyone wanting to understand the difference between artificial intelligence and deep learning can start by understanding the difference between AlphaGo and AlphaGo Zero. With AlphaGo, Google trained the original AlphaGo to play by teaching it to look at data from the top players, said Avi Reichental, CEO of XponentialWorks. Within a short period of time it was able to beat almost all standing champions hands down, he said. But with AlphaGo Zero, instead of having an algorithm look at lots of data from other players, Google taught the system the rules of the game and let the algorithm learn how to improve on its own, Reichental said. The end result, he said, is a computational power unparalleled in speed and intelligence.

Without a doubt artificial intelligence is becoming more common in our daily and business lives. It is making appearances in voice assistants and chatbots, as well as in complex business applications. As it does, it is important to learn to distinguish among the different types of AI, such as deep learning.

Defining AI and Its Many Iterations

Starting with the basics, AI is a concept of getting a computer or machine or robot to do what previously only humans could do, said Mark Stadtmueller, VP of Product Strategy at Lucd. Machine learning is a type of AI where algorithms are used to analyze data, he continued. “Machine learning analysis involves looking for patterns within the data and creating and refining a model/equation that best approximates the data pattern. With this model/equation, predictions can be made on new data that follows that data pattern.”

One way deep learning differentiates itself from other forms of AI is its use of very raw inputs, such as sound or images, rather than inputs that have already had substantial processing, according to Ted Dunning, chief application architect at MapR. “Earlier approaches to machine learning systems typically required substantial domain knowledge to pre-process raw data into so-called features that were then used by the learning system,” he explained. “Deep learning aims to learn these features, hopefully avoiding most or all of the substantial efforts required for feature engineering.” For instance, he said, with image recognition, a non-deep learning approach might have edge, blob and line detectors while a deep learning approach would work directly with pixels and would learn about edges and other features.

When Does Deep Learning Work Best?

Since deep learning is one of the most advanced forms of AI, then it follows that it is better to use it compared with less advanced forms of machine learning, correct? Not so fast, said Akash Ganapathi, co-founder and CEO of Trill A.I. “The advantage of deep learning over other types of AI is that you can achieve greater accuracy than standard machine learning techniques with less bias,” he said. “However, this is strongly dependent on the amount of data available and the nature of the problem. Every problem is unique, and if deep learning techniques are applied naively, it may result in worse performance.”

Often times in commercial or business settings, simple questions are best answered through standard statistical or machine learning techniques, Ganapathi said, not deep learning. This is usually because the amount of data required to apply deep learning techniques is not readily available. That said, when the data is carefully stored and maintained, deep learning can provide extraordinary commercial value, according to Ganapathi. The key to success, he said, is having a clean and large data set and a business question that is worth answering.