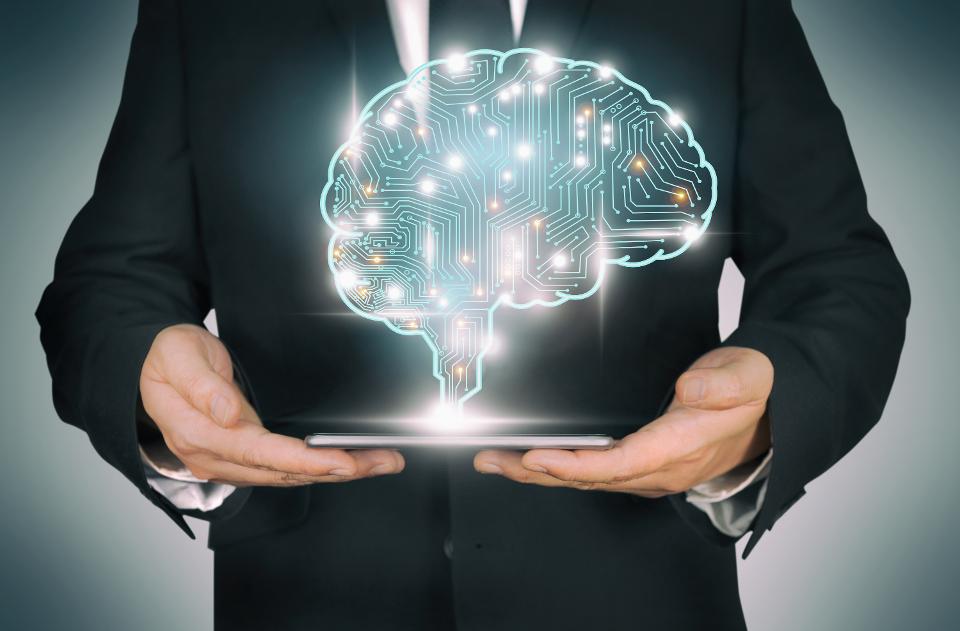 “Humans were are not built to spend more than two hours looking at a screen or scrolling through excel sheets. Humans are best at being human. Artificial Intelligence will do the rest.”

Telling words from Jim Stolze, Co-founder of aigency – an Amsterdam-based company that recruits AI and humans for work. Kind of an employment company run by three humans overseeing 59 robots (actually computers working on algorithms created at the University of Amsterdam to solve problems).

Stolze was addressing reporters in StartUp Village at the Amsterdam Science Park on the sidelines of the first World Summit AI in Amsterdam October 11-12. A tech entrepreneur and former ambassador for TED.com, setting up TED events all over Europe and the Middle East, Stolze founded aigency four years ago as “the network that connects data-sets with algorithms, business with talent.” In case it’s not obvious, the “aigency” is a reference to “artificial intelligence.”

“You have to think of AI as job augmentation, not job displacement,” Stolze continues. “Work will create work.” Heineken and Unilever are big customers, turning to aigency for specific problems; Stolze in turn hooks them up with researchers and even students from the University of Amsterdam. “You’ll find six thousand people are still working in an autonomous car factory,” he claims.

Automation has been a staple in heavy manufacturing for decades. Now it’s moving into the white-collar arena. “Procurement,” says Stolze, is a big area. “Here’s a guy in procurement who gets an invoice for something; he can’t figure out what it’s for or which department has to pay it. He spends hours or even days running around from department to department trying to figure out what to do with this invoice. Meanwhile the vendor is waiting for his money. With AI you can scan the invoice and the algorithm will pinpoint or at least narrow down what the invoice is for and whose department should be charged.”

Outside of the back office, most of us are already dealing with AI and bots without knowing it. Retail sites’ chat rooms are bots, calling on humans when customer questions become too complicated or personal. Marketers, for example. Chances are the subject lines of most of the emails you open from companies weren’t written by humans. It’s called “language optimization.”

“We apply our own cognitive bias in writing,” says Parry Malm, a speaker at the World Summit AI and CEO of Phrasee, a UK-based company whose vision is “to supercharge digital marketing using artificial intelligence.” Phrasee counts Domino’s Pizza among its clients. Malm “AI takes it out, so there’s no more guess work in using marketing language. The algorithm figures out the best wording to attract targeted customers. Malm claims Domino’s email open rate increased 27% using AI and language optimization.

There is a lot to be gained by adopting AI Research by Accenture predicts that by 2035, labor productivity will have risen by 40%, and corporate profitability by 38% due to AI alone. Indeed, industry statistics indicate some 88% of companies today are undergoing some kind of digital transformation. But it appears that the result thus far has been heaps of unfathomable data: answers looking for questions. “Companies have hammers but no nails,” Malm says about the data dilemma. “First you have to define your problem – what you want to know – and then you can figure out which technological resources can fix it.”

Getting to know how AI functions and what problems can be solved by technology is key to using automation in your own business. Meanwhile, Malm sees an investment bubble in AI looming. “A lot of venture capitalists are throwing a lot of money at AI startups,” he claims, adding that he sees a lot of consolidation in the field coming. “Very few enterprises are making it because they won’t or can’t solve problems [in tackling corporate objectives]; instead, they’re just creating more problems.”

As Stolze says, “Scared people are using AI the wrong way. We have to remember that while execution may be through machines, the responsibility still remains with humans. “ Take self-driving cars, which Stolze does not foresee for many years. “People ask ‘what should the car do?’ when they should be asking ‘What should the human do?’”

That question has far-reaching implication. What, indeed should humans do once AI moves beyond purely logical functions – such as figuring out where that mysterious invoice came from and where it belongs? What happens when AI starts to become creative?

“Rationality is a muscle,” claims Vadim Grigoryan, a marketer specializing in corporate art projects, who lectures on brands and art at his MBA alma mater, the INSEAD Business School in Fontainebleau – when he’s not helping businesses, such as spirits start-ups and perfume companies engage with art projects. “We will soon be outsourcing all our Cartesian capacities,” he adds, referring to the doyen of French logic, Renee Descartes. As an example, he points out, “Kids in schools today us calculators to work out math problems they don’t do them in their heads.”

AI Will Redefine Us

Grigoryan believes we’re put off by the idea of AI because it re-defines who we are – the latest in a process of chipping away at the human ego beginning with Copernicus and the discovery that the sun did not revolve around the earth; continuing through Darwin and the origin of the species, through Freud and the realization that our subconscious is more powerful than our rational side. “Everything that is not rational therefore will become more important for the future of humans,” he opines. That means the suppressed areas of our subconscious will come into play and become more visible – areas that have been repressed, such as creativity culture, art. The process will become more important and we will become less goal-oriented; we will realize metaphorically that we must continue swimming without arriving anywhere.”

To some people today, that would seem to be treading water – the antithesis of what AI and its streamlined efficiency seems to have been designed to do. After all, that man in the procurement office who doesn’t have to spend hours running from office to office to settle a mysterious invoice won’t want to be using that saved time to tread water. Nor will his boss. Does he have shorter workdays? Or will he have currently un-imaginable jobs created as an offshoot of all those algorithms? For example, could mankind have explored space and put a man on the moon without Copernicus?

All those unknown and presently unanswerable questions mean it’s important to pay attention to how we handle the AI juggernaut steadily advancing into human space. Says Stolze, “The better the choices we make now, the better things will be in 40 years.”