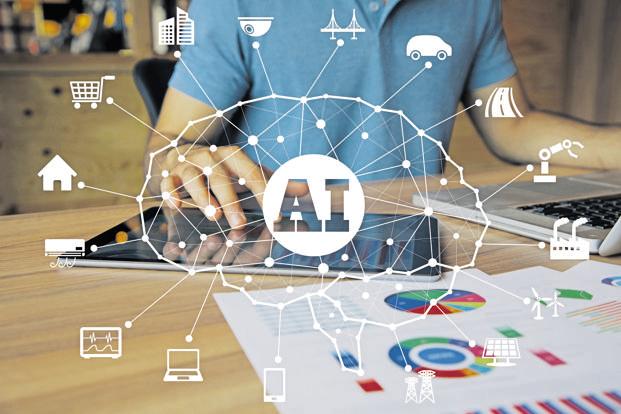 The US, followed by China, India, Israel, and Germany, rank as the countries with the highest penetration of artificial intelligence (AI) skills among their workforce, according to a new report by professional networking site LinkedIn.com.

The findings, released on Monday, further suggest that while changes driven by AI technologies may still be in their infancy, their impact is being felt across the global labour market in all sectors. Moreover, industries with more AI skills present among their workforce are also the fastest-changing industries.

Further, even as AI— broadly defined as the desire to replicate human intelligence in machines — has no superpower yet, it is undoubtedly becoming smarter with every passing day following advancements in machine learning and deep-learning algorithms, humongous amounts of Big Data on which these algorithms can be trained, and the phenomenal increase in computing power.

These developments have, understandably, given rise to the fear that automation and AI will take away our jobs and eventually become smarter than us. That may, however, not necessarily be the case.

A study by EY and Nasscom predicts that by 2022, around 46% of the workforce will be engaged in entirely new jobs that do not exist today, or will be deployed in jobs that have radically-changed skill sets. This is also borne out by the new LinkedIn study. AI skills, for instance, are among the fastest-growing skills on LinkedIn — a 190% increase from 2015 to 2017.

In 2017, the number of LinkedIn members adding AI skills to their profiles increased 190% from 2015. “When we talk about ‘AI skills’, we are referring to skills needed to create AI technologies, which include expertise in areas such as neural networks, deep learning, and machine learning, as well as actual ‘tools’ such as Weka and Scikit-Learn,” according to the author of the report, Igor Perisic, chief data officer of LinkedIn.

Many of the changes in skills, according to the LinkedIn report, are due to three reasons: a rise in data and programming skills that are complementary to AI; skills to use products or services that are powered by data such as search engine optimisation for marketers; and interpersonal skills.

While the software industry does continue to stand out as the top field for professionals with AI skills, growth is also strong in sectors such as education and academia, hardware and networking, finance, and manufacturing, according to the report.

Similar findings have been corroborated by other research firms too. According to data from job site Indeed, there has been a 179% increase in the number of searches by job seekers for AI-related jobs in India between June 2016 and June 2018. Since the start of 2018, employer demand for AI skills has been consistently twice the supply of job seekers, according to the report.

According to an April 2018 Boston Consulting Group (BCG) study, many companies plan to implement AI soon, but those in China, India, and Singapore, on an average, have the greatest ambitions for near-term implementation of AI in production.

Among the discrete industries surveyed, healthcare and energy are the most ambitious in the near term; process industries and engineered products tend to be less so. For the 12 countries included in the BCG study, percentages of early-adopting companies are highest in the US (25%), China (23%), and India (19%), and lowest in Japan (11%), Singapore (10%), and France (10%).

The BCG report suggests that high level of adoption among US companies is likely due to widespread availability of AI technology there. However, China’s AI growth has also been phenomenal. In fact, China overtook the US in AI funding, and accounted for nearly half of the global investment in AI startups in 2017, according to BCG.

Also in 2017, China’s State Council issued a Next-Generation Artificial Intelligence Development Plan setting out a three-stage development strategy for achieving AI pre-eminence by 2030; and the municipal government of Tianjin, near Beijing, has announced a $5 billion fund to support the AI industry.

India, too, is getting serious about AI. The technology is poised to disrupt our world and India, being the fastest-growing economy with the second-largest population in the world, has a significant stake in the AI revolution, NITI Aayog acknowledged in its June 2018 discussion paper titled ‘National Strategy for Artificial Intelligence’.

Arguing that India has the potential to position itself among leaders on the global AI map “with a unique brand of #AIforAll”, NITI Aayog has decided to focus on five sectors: healthcare, agriculture, education, smart cities and infrastructure, and smart mobility and transportation.

This, even as it recognizes that the country lacks broad-based expertise in research and application of AI, and that there is a pressing need for privacy and security, including a lack of formal regulations around anonymisation of data.