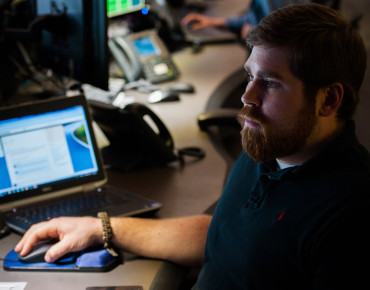 There’s lots of talk about “Digital Transformation” as if it were something new, as if the concept were in its infancy. But in truth, digital transformation has been around for a while, and it’s acting less like a newborn than an awkward teenager with growing pains, giving its parents plenty of trouble. The result: many digital transformation initiatives are failing, characterized by lapsed deadlines, budget overruns and missed objectives.

Digital transformation – the reinvention of IT infrastructure and processes through innovation in cloud, big data, mobile and social media – represents an historic shift as companies re-architect their systems so they can interact with customers directly, in real time and from any device.

Here are three of the most common digital transformation landmines:

One of the trendiest things to do in digital transformation is also, as it turns out, one of the worst: beginning with a microservices approach, rather than a monolithic one and then moving to microservices later.

Enterprise software guru Martin Fowler, credited with the concept of microservices within a service-oriented architecture, defined this style as “an approach to developing a single application as a suite of small services, each running in its own process and communicating with lightweight mechanisms, often an HTTP resource API. These services are built around business capabilities and independently deployable by fully automated deployment machinery.”

Fowler has long warned, however, about putting the cart before the horse. Among teams adopting a microservices strategy, he reports, the successful ones started with a monolithic application that was too big, and then broke it up into microservices; unsuccessful teams built a microservice architecture from the outset.

“This pattern has led many of my colleagues to argue that you shouldn’t start a new project with microservices, even if you’re sure your application will be big enough to make it worthwhile,” he wrote in a blog post in 2015.

While it may make intuitive sense to start with a microservices-first approach, it leads to an over-architected, complicated mess. Organizations should begin with single-tiered applications and then wait until scalability demands help reveal which modular services make the most sense.

DevOps is a key enabler of digital transformation by shattering the walls between development and operations and allowing software to be developed in shorter cycles and deployed faster.

But too many organizations counterproductively blend development and operations responsibilities – with operations often getting the short end of the stick — rather than making the relationship a collaboration, with separately defined roles.

For example, operations teams often are hampered in their support of digital transformation efforts by being required to use developer tools that weren’t built for them. It’s a major mistake for organizations to embrace platform shifts leveraging trendy new technologies without accompanying operational tools that have proven robust and reliable at scale.

Instead of pushing ops away, companies need to recognize that ops is more relevant than ever and establish clearer, more effective lines of responsibility between development and operations. They must work together to reduce the application lifecycle, but not at the same layers.

Development’s job should be to write code faster, and operations’ to deploy code faster. These should not mix.

Digital transformation tends to be a top-down endeavor: Let’s say the CEO mandates that 2,000 of the company’s apps will be in the cloud by some future date. Then, all too often, the organization ends up chasing its tail.

Why? In some cases, companies neglect to attach an overall objective to the effort. How and why is digital transformation important to the company’s market position and growth? What should be prioritized? How should resources be deployed accordingly?

Organizations need to recognize these disaster factors if digital transformation is to emerge from its troubled teenage years.