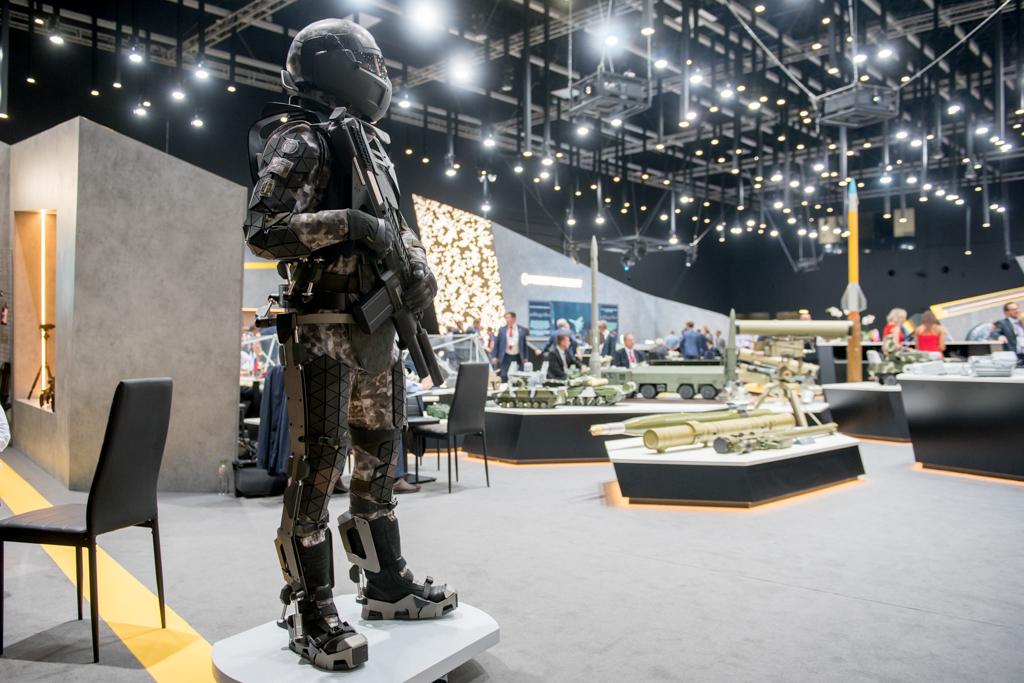 Artificial intelligence has increasingly been integrated into the weapons systems of the world’s leading militaries, and at least one expert has said the futuristic technology may soon be the subject of a new Cold War.

In a piece published Tuesday by The Conversation, North Dakota State University assistant professor Jeremy Straub argued that unlike the nuclear weapons that dominated much of the 21st century arms race between the U.S. and the Soviet Union, the use of cyberweapons and artificial intelligence largely remained “fair game,” even as tensions again flared between the rivals. Both countries have invested heavily in developing new tools to wage war on this new front, but Russia particularly has sought to use it as an opportunity to upstage the more conventionally powerful U.S.

“Now, more than 30 years after the end of the Cold War, the U.S. and Russia have decommissioned tens of thousands of nuclear weapons. However, tensions are growing. Any modern-day cold war would include cyberattacks and nuclear powers’ involvement in allies’ conflicts,” wrote Straub, who was also associate director of the university’s Institute for Cyber Security Education and Research, in his article.

The U.S. has repeatedly accused Russia of conducting cyberattacks on targets in the West, going so far as to charge the Kremlin with hacking into Democratic Party servers in a bid to release information that would compromise the 2016 presidential election. The U.K. and Germany have also complained about alleged Russian hacking, and the latter formed a new military branch last year specifically dedicated to countering cyber ops, which Straub has previously warned could soon involve AI-generated assaults that would devastate current defenses.

Germany’s Cyber and Information Space Command joined Western military pact NATO in preparing for the Cyber Coalition exercise last November as the U.S.-led alliance sought to boost its electronic warfighting abilities. The U.S. military has also expressed concern that it was falling behind the pace of an ever-changing battlefield, and experts have urged the U.S. to quickly catch up.

As part of an ambitious effort to restore his military to its former Soviet glory and likely beyond that, Russian President Vladimir Putin has prioritized not only electronic warfare, but also the use of artificial intelligence, which he famously called “the future, not only for Russia, but for all humankind” in a September 2017 back-to-school speech to students in Yaroslavl.

“Whomever becomes a leader in this sphere will be the master of the world,” Putin said. “And I would very much like it that there is no monopoly of this in any specific pair of hands.”

Innovations in weaponized artificial intelligence have already taken many forms. The technology is used in the complex metrics that allow cruise missiles and drones to find targets hundreds of miles away, as well as the systems deployed to detect and counter them. Russia has also used artificial intelligence to build powerful exoskeletons that give soldiers a near superhuman advantage and to develop literal war-fighting robots that can dual-wield guns, drive vehicles and potentially even travel to space.

As the U.S. employed groundbreaking artificial intelligence in its own weapon systems, such as the advanced, yet oft-troubled, F-35 Lightning Jet II, it faced a new challenger that also sought to close the capabilities gap between its own military and that of the U.S.: Chinese President Xi Jinping. Xi has committed billions to becoming a global pioneer in artificial intelligence and has made major strides in recent years. Chinese automation in the defense industry may also triple the country’s production of bombs and shells by 2028.