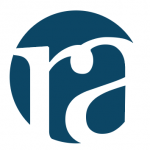 Many central banks have undertaken initiatives to develop big data platforms to facilitate storage and processing of large data sets, but progress has varied.

The BIS (Bank of International Settlements) has published a new report on the application of big data by central banks.

The report is based on a survey organised by the BIS’ Irving Fischer Committee, updating a similar survey conducted five years earlier.

The report highlights the growth of big data sources as reflective of the impact of digitisation, new capabilities to process “traditional” information such as text, and the creation of large databases as a by-product of complex operations taking place in modern societies.

“Additionally, vast amounts of data have emerged in the administrative, commercial and financial areas, an evolution spurred by the important data collection strategies undertaken after the Great Financial Crisis of 2007-09,” the report says.

Central banks are said to now have a “comprehensive view” of big data, with 80 percent of respondents reporting its increased use to support policy efforts, compared to just one third in 2015.

The report notes that big data applications supporting central banks’ operational work had initially been limited, contrasting with the rapid pace of innovation seen in the private sector.

“This has proved particularly useful in times of heightened uncertainty or economic upheaval, as observed during the Covid-19 pandemic.”

A majority of central banks have also reported using big data for micro-level supervision (suptech) and regulation (regtech), with an increasing focus on consumer protection, such as to assess misconduct, detect fraudulent transactions and combat money laundering.

The report underscores the need for adequate IT infrastructure and human capital, highlighting that many central banks have undertaken initiatives to develop big data platforms to facilitate the storage and processing of large and complex data sets.

“But progress has varied, reflecting the high cost of such investments and the need to trade off various factors when pursuing these initiatives,” it says, noting the difficulties involved with hiring and training staff amid a limited supply of data scientists.

“Moreover, a key issue is to ensure that predictions based on big data are not only accurate but also ‘interpretable’ and representative, as to carry out evidence-based policy central banks need to identify specific explanatory causes or factors.”

The report says cooperation could facilitate central banks’ use of big data, and that international financial institutions can help foster such cooperation.