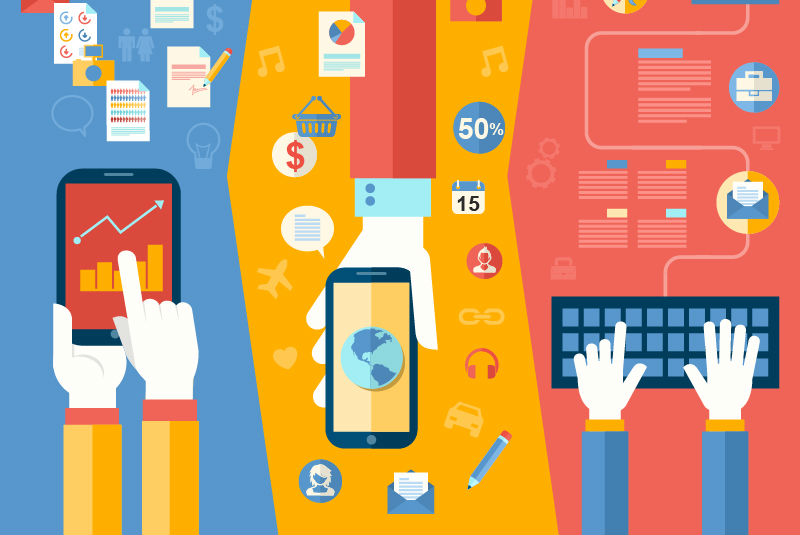 2016 turned out to be a great year for Artificial Intelligence. It had all of our attention and no one seemed to be bothered. Many start-ups tried their luck with AI. Everyone started to talk about how Artificial Intelligence is going to change lives and how it’s the “big thing”. 2017 did not have any lesser AI hype as well. Samsung launched Bixby which claims to be fully voice control and is considered to be better than Siri and Cortana.

Regardless of being criticized widely, the limelight around AI continued to shine. Though, in-depth researches and assumptions have a totally different stance. Being underdeveloped from 1955, AI was supposed to be a lot more efficient and apparently, intelligent by now but to be honest, it has failed miserably. It looks like the modern AI is inclined towards leveraging the business sector by showing off its magical abilities of data mining. It is safe to say that AI is going places but not the ones it really wants to.

Let me tell you something, there is no NLP. Not at least in these “Intelligent Assistants”. Deep learning, NLP and NLU are the buzzwords we all have been hearing for more than two years but very few startups are actually using them. Even ML and AIML are still not in the mainstream labs and what we have in the mainstream are retrieval-based talking applications that cannot learn and perform on their own will.

Machine Learning on the other hand, is the center of several kinds of research but the outcome is not really satisfying. Machine Learning is still light years away from achieving cognitive abilities of a human brain. The immense emotional drive and the dogmatic approach towards creation is still not present. Another thing that bothers me a lot is that Artificial Intelligence does not have any command over improvisation. If one door is closed, it does not bother knocking the other one and coming up with something totally out of the box i.e. a window.

Moving forward, we have also been hearing that “AI is going Mobile” and since more people are using mobile nowadays, it seems possible. But is it? Not right now at least. The main reason is that mobile AI is not in the right direction. Ever since Siri was launched, it was being said that Siri is the future of Artificial Intelligence and it’s going to become a major breakthrough in the tech scenario but what we found is that it’s more user focused and is actually NOT learning. The process that goes through is that every time we use Siri and every time it fails to entertain us it records the failure and the next version comes out improved.

In this scenario, engineers and data scientists are helping it learn. It is not learning on its own. Same thing happens with Cortana but it is far better than Siri. Since Cortana has control over Microsoft’s big data junk helping it in improving its efficiency. On the other hand, Google Now failed miserably in making a difference. All these “AI-Powered” assistants do not actually have AI involved in then. They do not have Neural Networks incorporated in their systems and they certainly do not possess Deep Learning algorithms. However, Samsung is cooking something slightly different with Bixby. It is rumored that Bixby is not going to have versions unlike Siri and Cortana and it has AI algorithms involved.

As of now, Bixby is not performing up-to-the-mark but in the near future, we can expect something better from it. However, it falls under the same AI-Assistant category is a batchmate of Siri and Cortana. Integrating these NNs in these assistants and ultimately attaching them to the data centers within the AIML framework is a hard task but it is not impossible.

With 100 billion neurons, and one trillion connections between them, human brain the unarguably the most complex system ever made. It is being said that AI will able to develop its own consciousness by 2030 but the thing is that it seems really impossible knowing the limited capabilities of Neural Networks. However, much has been said about the performance of Deep Learning algorithms but we haven’t seen real progress in that sector as well. Attributes like creativity, wisdom and social skills are still not present in AI’s plate. Why? Because NLU is still incapable of understanding the context. It sure has made remarkable progress in processing content but meaningful context is still hard for NLU engines to understand. Even voice recognition is not capable of giving away the hidden context under the layers of every what, that, where and why. Moreover, before the internet and even before computers, human minds were capable of churning out brilliant solutions to complex problems but AI is solely based on data and computing power which prioritizes human brain because of its rich history of development and knowledge. So, we can expect to have true AI in future but that future is kind of… far.