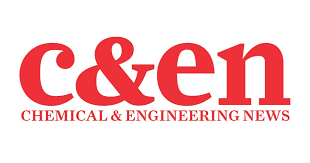 Claiming it has achieved a first in drug discovery, Insilico Medicine says it will begin preclinical trials with a novel compound discovered by artificial intelligence, aimed at a novel target discovered by artificial intelligence. The company isn’t revealing the compound or the target but says the small molecule compares favorably against an existing drug for treating idiopathic pulmonary fibrosis (IPF) in mice and in vitro.

The company also emphasizes the efficiency of their process, claiming that it took 18 months and about $2.6 million to identify the target and the candidate and reach the point of starting preclinical trials. It is marketing the AI-based software packages used to find the target and the molecule, a product several large pharmaceutical companies are now testing.

Insilico Medicine attracted attention and some skepticism in 2019, when it announced it had used AI to sift through databases and identify a molecule predicted to inhibit discoidin domain receptor 1 (DDR1), a kinase linked to fibrosis (Nat. Biotech. 2019, DOI: 10.1038/s41587-019-0224-x). Pulmonary fibrosis is scarring and thickening of lung tissue that makes breathing harder. At the time some experts praised Insilico Medicine for its speed (the effort took a claimed 46 days). Others questioned the value of the feat. Some pointed out it was hard to know if a human could have found the molecule as fast or faster. Ingo Hartung, director of medicinal chemistry at Merck KGaA—which announced in November it would start using Insilico Medicine’s compound discovery AI—described it as the algorithm doing an easy job well.

In a briefing for reporters on Monday, Insilico Medicine CEO Alex Zhavoronkov agreed that the DDR1 target was an easy one. The company said it is now the first to use AI to find a totally new drug target and to propose a previously unknown molecule effective against that target.

Zhavoronkov described using two separate software packages to do so. The first, called PandaOmics, used AI and informatics tools to identify biomarkers of lung fibrosis, as well as text-mining AI to search for other clues about the target and to try to establish its novelty. Insilico Medicine described some of the elements of the software in 2016 (Nat. Commun. 2016, DOI: 10.1038/ncomms13427). The software predicted 20 novel targets, from which company scientists and software selected one they thought was most promising.

Having chosen the target, the company used software it sells as Chemistry42 to predict new molecules that would be effective against that target. Zhavoronkov said the system uses AI models including recurrent neural networks, genetic algorithms, and generative adversarial networks—including some described in 2019—to look for binding pockets in crystal structures and propose molecules that would fit them. Chemistry42 suggested 50 compounds, and the company evaluated those plus 30 known molecules to select their candidate.

Zhavoronkov said at the briefing that experiments so far showed their candidate could be effective at treating fibrosis and that it passed other tests for potential pharmaceuticals like toxicity and metabolic availability studies. He showed reporters data comparing the compound to nintedanib, a tyrosine kinase inhibitor currently prescribed to treat IPF. He said Insilico Medicine’s candidate operates by a different mechanism of action than nintedanib and in lab tests was more effective at lower doses for blocking the cellular changes associated with fibrosis. Although this work is in lung fibrosis, Zhavoronkov says the biotech firm has data suggesting the candidate is also effective in addressing liver, kidney, and skin fibrosis.

Zhavoronkov also emphasized how quickly and cheaply the company reached the doorstep of preclinical trials. He pointed to a 2010 study that estimated a typical drug’s development takes 10 years and $2 billion (Nat. Rev. Drug Discovery 2010, DOI: 10.1038/nrd3078).

The comparison is far from perfect; that study did not include target identification but did include clinical trials, which, as medicinal chemist Derek Lowe points out, account for the largest share of drug development costs.

Lowe suspects Insilico’s drug candidate is another kinase inhibitor like nintedanib, which itself has limited efficacy. That approved drug only treats symptoms of fibrosis and does not improve survival in people with IPF. He wonders what advantages Insilico Medicine expects its candidate will show. Big pharmaceutical companies aren’t waiting to see how this candidate pans out before investing in Insilico Medicine’s products. Zhavoronkov said five companies, including Pfizer and Syngenta, are using its software. Hartung, who did not see the information available to reporters, says he thinks AI shows potential to make drug discovery more efficient, and he’s looking forward to Merck’s testing of the Chemistry42 software, as well as other companies’ products.