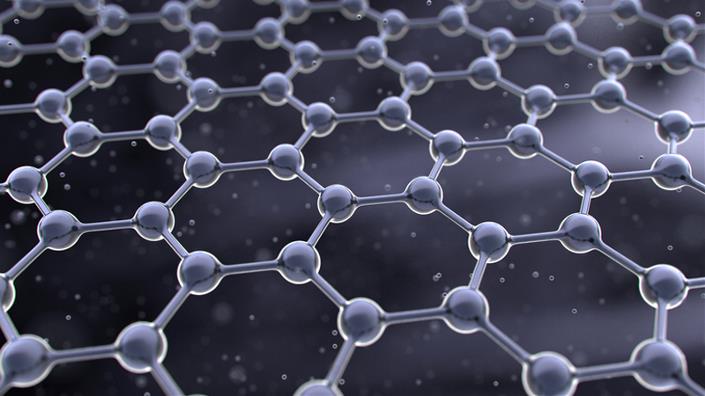 The smart materials of the future are likely to be discovered not in the lab, but on a supercomputer.

Materials science has exploded in recent years – offering tantalising potential solutions to engineering challenges ranging from higher-capacity batteries to safer medical devices. There are materials that work at the molecular level to fight bacteria, and others that can change shape when introduced to an electric current. Some transform in the heat or cold, while others are soft and spongy when poked, but form a rigid barrier when hit at speed.

Throughout history, the hunt for new substances has been conducted by tinkerers and scientists in labs, or pioneering craftsmen in workshop. Most were stumbled across by luck and then tested to see if they would be useful. Graphene, for instance, was discovered by two researchers at Manchester University who were speculatively playing around with Scotch tape and graphite on a Friday afternoon.

But now, new materials are more likely to be discovered by a supercomputer. Researchers in Europe and the United States are using computer modelling, artificial intelligence and machine learning techniques to predict new materials from ones that are known to exist.

Some are purely hypothetical, but others are being synthesised and tested for potentially useful properties such as magnetism, conductivity or the amount of external force they can undergo without breaking.

Researchers at Basel University, for example, were recently able to predict 90 different forms of a crystal called elpasolite, which could be used as a semiconductor or insulator, or emit light when exposed to radiation.

There are a number of large projects around the world, including Materials Cloud in Lausanne, and the Center for Material Genomics at Duke University in North Carolina. But the first was the Materials Genome Project at MIT, which was founded by Gerbrand Ceder in 2006.

He took inspiration from the Human Genome Project, an ambitious attempt to create a map of our DNA. “By itself, the human genome was not a recipe for new treatments,” he told Nature last year, “but it gave medicine amazing amounts of basic, quantitative information to start from.”

Now, the same thing is happening with new materials. By creating databases of the properties of various compounds, researchers can speed up the search for potentially useful combinations.

It’s catching on, with a host of start-ups launching in the space including Nutonian, QuesTek Innovations, and Alphastar. In 2011, the US government launched the Materials Genome Initiative, a $500m investment in the field. That helped create a publicly available database of all the new and predicted materials. According to a five-year progress report, the database now includes “more than 66,000 crystalline compounds, 500,000 nano-porous materials, 70,000 electrochemical phase diagrams, 43,000 electronic band structures, and 2,900 full elastic tensors (important for understanding mechanical behaviour)”.

Artificial intelligence isn’t just about increasing the speed of progress. With machine learning, scientists can identify things that would never be spotted in the normal course of research. “Machine learning does not depend on equations that are based on the laws of physics to find patterns and model the data,” explained Dayton Horvath, a research associate at Lux Research and lead author of the report Materials and Informatics: The Next Research Revolution? in an email to Professional Engineering.

“Any data type, even if there is no fundamental physical equation that can describe the data (such as color, or chemical resistance), can be used to help discover new materials, and predict the properties of existing and new materials.”

Horvath’s report argues that artificial intelligence will accelerate the pace of innovation, with a knock on effect to every industry that uses materials. It’s an opportunity for engineering companies but it all relies on good data.

“[They need to] make institutional data accessible so that machine learning algorithms can properly leverage what is arguably an R&D organization’s most valuable asset: decades of amassed data,” Horvath told PE.

There are also publicly available data sets that engineers can use to search for potential materials – either existing ones or predicted ones – that could meet the needs of a particular project they might be working on. “Engineers should be aware of the publicly available materials property, composition, and structure datasets that provide a good starting point for building initial training data sets and qualifying off-the-shelf machine learning algorithms for specific applications,” advises Horvath. He recommends Citrine Informatics, a start-up that provides tutorials on materials informatics, and access to their public database.

Companies are also getting involved in the application of machine learning to materials science. IBM are working with an unnamed company to develop an algorithm that can scan hundreds of thousands of scientific papers and patents for potentially useful discoveries – more than anyone would ever be able to read.

That’s been used to create a database of about 250,000 molecules that can be searched using artificial intelligence to identify ones that might be of interest to that particular researcher’s project. “You may say, ‘I want materials that are soluble,’ or ‘I want materials that can be exposed to light,’ explained Dario Gil, vice president of science and solutions at IBM Research at the EmTech Digital conference in San Francisco in March.

The scientists still have some input in training the algorithm and setting the parameters of the kind of molecule or material characteristics that they’re looking for. Artificial intelligence isn’t replacing them, but it is speeding up the search for new materials, and could help smooth the way for all manner of engineering advances. “What we’re doing is greatly accelerating the rate of progress and the productivity of the scientists,” says Gil.