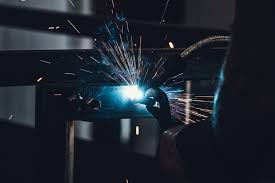 The emergence of technologies such as AI and machine learning, along with sophisticated analytics, offers opportunities for smart manufacturers to transform their businesses radically — to create new product and service offerings while maximising the efficiency of supply chains and processes.

Contemporary computing models — such as Cloud and, increasingly, Edge computing — release huge amounts of sensor- and device-related data, to help with decision-making.

To succeed, however, companies need to be able to leverage this vast trove of data. In far too many cases, much of the data that is produced at the Edge is discarded, rather than transferred to a core environment for long-term storage.

For now, at least, the sector is lagging many other industries when it comes to capturing this opportunity.

That is a key finding in a report written by Seagate based on IDC’s surveys, called ReThink Data: Put More of your Business Data to Work from Edge to Cloud. That study, which surveyed 1500 global enterprises, delved into the performance of several sectors including manufacturing and revealed that the vast majority of data available to organisations simply goes unused.

Manufacturing, despite having one of the highest enterprise data centre footprints and high levels of instrument connectivity, is actually recording one of the lowest levels of data growth compared to other sectors. In part, this is because it is difficult to expand the capacity of all that on-premises infrastructure — especially when compared to scalable Cloud infrastructure more common in other sectors.

The irony is that the methods, strategies, and processes that typically make manufacturers successful seem to stop on the shop floor. For an industry steeped in the heritage of automation and integration, evidence suggests that these lessons are lost when it comes to managing data.

Among the key findings of the report:

The disconnect between assets and data management is not only inhibiting manufacturers from maximising the return from their current plant and equipment, it is also stifling innovation and opening up opportunities for more nimble and aggressive competitors to grab lucrative niches in the market.

So Why Does This Disconnect Exist?

A study in 2018 by industry analyst IDC, looking into the integration of Information technology and operational technology, said that many assets on the factory floor remain disconnected.

IDC says that this speaks to a strategic weakness around core enterprise architecture and infrastructure, with the researchers explaining that much current legacy infrastructure simply won’t be able to cope with the inevitable growth of connected assets entering the plant.

The temptation for many companies will be to try to implement ad hoc processes to connect and manage assets, leaving them unable to rely on the underlying infrastructure for comprehensive management.

IDC also found that, even for companies that want to solve these issues, there is another problem: their aging workforces were trained for a different era of manufacturing. Too many lack the hard and soft IT skills that are prerequisites for the shop floor of tomorrow.

The Importance Of DataOps

As plant and equipment become more digitised, generating vastly more data, the successful manufacturers will be those who can connect the data creators (which can include people and machines) with the data consumers (such as C-Suite and general executives).

It’s a discipline in IT referred to as DataOps.

Seagate argues that DataOps should be part of every data-management strategy, which should also include data orchestration from endpoints to the core, data architecture, and data security.

The mission of DataOps is to provide managers with a holistic view of data and to enable users to access and derive the most value from data whether it is in motion or at rest.

This is another area, however, where many manufacturers are lagging. The ReThink Data report reveals that less than a third of manufacturers indicated that they have fully or even partially implemented a DataOps capacity.

The development and deployment of this skillset need to accelerate if manufacturers are to remain at the crest of the competitive curve. DataOps capabilities are essential to leveraging emerging technologies such as AI and machine learning, and to correlate data from core, Cloud, and Edge data sources.

The work of DataOps teams allows data science and data analytics professionals to use technologies like AI to transform data into the information needed by decision-makers.

And as the ReThink Data Report explains, “Being able to correlate data from disparate sources is a capability not easily available through other means. Because it is difficult, those organisations able to master it can expect to have an edge over the competition.”

The authors of ReThink Data also make clear that DataOps is an important part of implementing the necessary cultural change required to implement new ways of working — by facilitating the sharing of data and breaking down organisational silos.

To succeed, however, leaders still need to drive a strategy that implements global standards, global data architecture, and global data management and delivers access to the same analytical tools by global teams.

Seagate says that rolling back reporting functions to IT can provide global tools, capabilities, and solutions that every group can leverage.

“The various groups within the enterprise should get out of siloed management of their own data, and allow the IT-instituted tools to do that globally. In doing so, the teams will be freed to make decisions based on insights from reliable, global, accessible pools of data.”