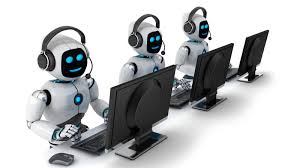 In the wake of the current tech-driven revolution, employees and employers alike need to be aware and prepared for the changes that automation will soon bring. With the exponential pace at which technology is advancing today, one can expect this shift to have an inevitable impact on the job landscape in India.

Due to a number of factors, the movement towards complete digitalisation will take time to come into full effect and there are still large-scale shifts that need to take place, before the effects of automation are fully realised. Much of this is down to development stage: as a result of lower-wage work, there are still numerous tasks being carried out by manual labour in India. In contrast, one might see these same jobs being automated in more developed markets.

A look at India’s current employment scene reveals that skills required now, versus those that will be essential in the future, are not well aligned. The majority of the country’s workforce is involved with execution or operational jobs, many which can be replaced by technology. Compare this to the professional jobs, where unique skills make this less likely. Unfortunately, many workers have insufficient time to adjust, and lack an awareness of the need to reskill. They may also be so engaged in their current roles that time for retraining is limited.

The automation of jobs on the blue-collar frontline has been increasing rapidly. In time, we may see a similar trend within white-collar jobs, altering the requisite skill sets for our key sectors in the future. While we already see shifts in manufacturing, banking and IT, India is yet to witness the sea-change that may come from parallel shifts in e-commerce, retail and HR.

Automation is likely to have the most impact on tasks that are administrative in nature. For instance, entry-jobs may become easier for programming-based systems to perform, and even execute better. Robotics should enable greater data mining and analytics, injecting deeper intelligence into the process, which in turn inform the higher-level tasks. Systems will likely acquire roles currently comprised of transactional exchanges, where a program can understand the data, and create a process around it. Similarly, future job security may lie in those positions that are commercial in nature, and which deal with complex relationship management.

Most industries will at some point witness an impact on jobs due to automation. Jobs requiring data management, where one can study the data, foresee trends and predict the future, could be those witnessing the strongest impact. While traditional industries adopt and explore ways to integrate technology into their existing businesses, newer industries are implementing the changes at a faster pace. Owing to the dynamic nature of technology, it will likely be a continuous process: and one cannot put a timeline as to when it will end. Instead, we should view automation as an ongoing activity, with some industries or organisations leading the shift, while others follow later.

The Indian economy is growing exponentially and attracting large foreign investments, which should aid in expanding the various industries in the country. The growing challenge will be to attract people with the necessary skill sets. Today, approximately 56 percent of the entire workforce is equipped with the necessary skill sets. This figure demonstrates that almost half of the workforce are not adequately skilled to take up roles in the future.

As a consequence of automation, the biggest challenge for India may be growing rates of unemployment. The Indian workforce comprises a large proportion of lower-skilled workers, potentially placing it in a critical position. Additionally, the prospect of a large influx of young individuals entering the Indian economy, some without the necessary skills for future jobs, could be disadvantageous for the country. The initiatives by the government to upskill and educate the country are therefore of utmost importance, and should hopefully provide a strong counter measure to this trend.

As an employee, what should one do? Many might consider upgrading their skills in order to boost the value they adding to their organisation. By demonstrating their future role, they can help to better secure their jobs where other activities may be converting to technology-driven tasks. The differentiation, from an employer’s perspective, will be about acquiring valuable professionals with advanced skill sets. To this end, employers can help to better equip their teams, building a group that can harness technology, to inject further value into their companies.