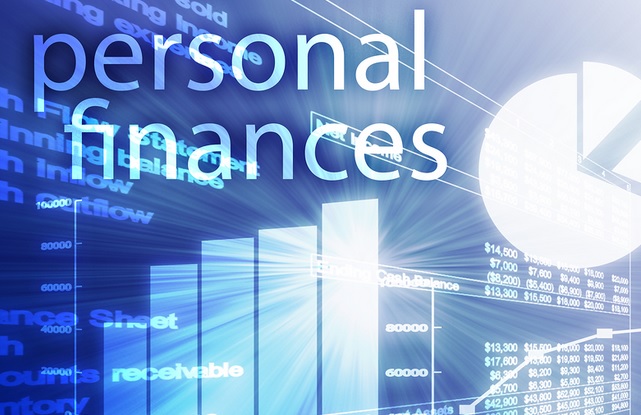 There seems to be an app for everything these days, except for one that can make you a millionaire. Yet.

Less than a decade ago, it was unimaginable that an app might be able to sort through millions of songs to create playlists of ones you’ve never heard of that you might actually enjoy, like Spotify does. Or that Microsoft would be working on a fridge that puts together shopping lists based on what you have run out of, and might even be able to plan meals for you. Or self-driving cars that improve their performance as they spend more time on the roads.

But the emergence of technology from science-fiction to real life is increasingly common and many of these leaps forward share a core feature: they are powered by self-learning software that wrangles huge volumes of data and keeps improving its performance.

It’s called machine learning, a form of artificial intelligence, albeit a limited one (for now). Facebook uses it to deliver more of the content you actually watch on your newsfeed. Google does uses it to serve you more content of the kind you’ve clicked on in the past. The ability of software to work out how to serve its purpose better edges us all ever closer to a world in which genuinely smart machines  will be as common as household pets.

Machine learning is already in some rapidly growing personal finance apps, and many major financial service providers are already experimenting with its potential. For example, applications closed last month for Westpac’s innovation challenge, which called for projects to improve accounting and legal services by tapping into “big data, AI and machine learning”.

“At the moment in Australia we’ve got what you might call an erosion of trust in the traditional banking players or financial services players as demonstrated by the recent Commonwealth Bank scandal. So you could argue we’re already looking for other ways of handling our personal finances, [so we’re] open to suggestions as to how this might be done.”

Machine-learning powered handling of your personal finances is in its infancy, but the potential is staggering: swapping bank tellers or financial advisers for algorithm-powered chat-bots; fully automated investment services that can move your money through global markets within seconds of financial news; or the ability to instantly access loans based purely on data you’ve already shared online without realising it.

Those involved on the front lines of machine-learning supported financial apps aren’t promising the world yet but they are readying for the seismic shift machine learning will bring to their services.

One the most widely used examples is Acorns, a mobile app that connects to your credit and bank cards and rounds up every purchase you make, investing that little bit extra into a share portfolio. The app uses machine learning throughout almost every function of its services, such as classifying how you spend your money and identifying how financially literate you are. It then uses both insights to customise its messages, to enable you to reach your financial goals.

“We’ve got machine learning that goes through and predicts your future spending habits and future income based on your past,” says Acorns Australia director George Lucas, adding one of its most-clicked upon notifications is simple but effective: when Acorns alerts its users that they’ve been spending too much money on ATMs or their credit card.

Useful, sure. But an artificial intelligence breakthrough? Not yet. However it’s only the beginning for software-driven services that tell you how to invest your money or which insurance products to buy.

Lucas says improving their machine-learning capabilities is critical to their plans, and across the personal finance management industry. “It’s very central. All our work, all our research is on that.”

Another key area where artificial intelligence software is influencing personal finance management is using natural language processing, where a software learns how you talk and recalibrates how it liaises with you to improve communication.

This is the AI element that is most exciting for Alistair Bentley, the founder of Simply Wall Street, an Australian-based service that creates summaries using natural language processing software (another form of limited artificial intelligence) as well as data visualisations for stock investors to track the performance of their portfolios at a glance.

Simply Wall Street is at the beginning of exploring the potential of artificial intelligence, but Bentley urges investors to be wary of the promises of radically new technology.

“The idea that a major robot that picks stocks for you sounds quite dangerous to me,” Bentley says. “You have whole hedge funds with teams of PhDs who are trying to do that. So if anyone’s selling that kind of thing to you, I would say I’d probably run away.”

The rise of machine learning in personal finance is already having a wide array of consequences. These range from the comically eerie – in China you can buy a bucket of KFC using facial recognition software that links to a service offered by Alibaba (which is similar to Amazon but larger) – all the way to verging on the the flat-out dystopian. For example, companies harvesting the ample personal data we share online (including everything you search, click or look at for a second or two) to identify who is worth loaning money through their interests and purchasing behaviours and who is in the network.

“These [major internet] companies have huge amounts of information on us,” Worthing says. He believes the most significant work in AI-powered personal finance will come from large software companies moving into payments and financial services.

The idea of Google or Facebook assigning you a credit score and offering you a loan may seem far-fetched and they’ve not indicated any intention to move into this space yet. But Asian technology powerhouses such as Alibaba and TenCent (China’s most powerful social network) already have.

“It’s coming like a freight train,” says Dr David Tuffley, senior lecturer in applied ethics and sociotechnical studies at Griffith University. He estimates it will take three to  10 years before AI-powered personal finance services are safe for the average consumer.

“At the moment there’s a lot of questions and a lot of unknowns about it, so I’d be a bit wary of it myself. But later on I think I would probably take advantage of it once a lot of the [security and regulatory] issues have been ironed out,” Tuffley says. “These are not mature technologies yet so given the stakes, given the importance of what is at stake, I think people would be unwise to jump in before it’s fully matured.”