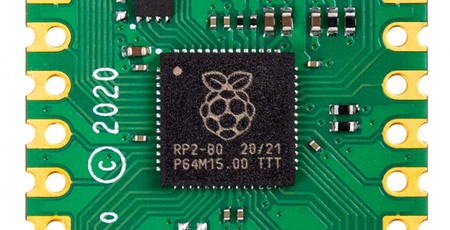 The Raspberry Pi Pico was released in January, and while this modest US$4 microcontroller didn’t make big waves in the PC community it was an important first – as the debut platform of the first ‘Pi Silicon’ CPU, the RP2040. Obviously at that price point this is a low power processor (40nm dual-core Arm Cortex-M0+ at 133MHz) with limited scope, but entirely capable of the microcontroller tasks for which it will be purposed. The Raspberry Pi Pico is reportedly selling very well with a quarter million units sold and three quarters of a million on backorder.

It is just a few weeks later and Raspberry Pi co-founder Eben Upton has already started to discuss what might be next for Pi Silicon – and the answer is a huge uplift in performance for machine learning tasks. Upton and his in-house ASIC development team reckon it is very worthwhile now to pursue the development of a lightweight accelerator to be used for ultra low power machine learning applications.

Above is the state of play comparing the current (bad) ML performance of RP2040 powered boards with rivals. In particular, you can see the Pico can complete a ‘detect a person’ task using ML processing in 2,200ms. That result is a bit slow compared to competitors. In the future, within 6 months or so according to Upton, the aim is for ML accelerators to make it into Pi Silicon to complete this detection work in 200ms or less.

The key forward-looking slide from Upton’s presentation is reproduced above and shows the competitive environment for an upcoming Pi Silicon based board. The final bullet point outlines how the second Pi Silicon processor might be made up. It will be designed as a ‘lightweight accelerator’ and feature four to eight multiply-accumulates (MACs) per clock cycle, according to this info.