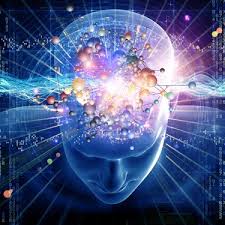 Princeton – One barrier to developing nuclear fusion to generate energy is the complexity of predicting the major disruptions that can halt fusion reactions and damage the walls of future reactors. Physicists think artificial intellignece holds the answers.

The idea of deploying artificial intelligence comes from scientists working at the U.S. Department of Energy Princeton Plasma Physics Laboratory. This is in relation to the safe operation of future fusion reactors. Matters of concern for physicists center on the timely prediction of disruptions such as the sudden loss of control of the hot, charged plasma that fuels the reactions.

The process of nuclear fusion involves a reaction whereby two or more atomic nuclei come close enough to form one or more different atomic nuclei and subatomic particles (neutrons or protons). The difference in mass between the reactants and products is manifested as the release of large amounts of energy. This is how the Sun and other stars use nuclear fusion to release energy. Recreating this in a reactor and tapping into this released energy would lead to low-cost, virtually unlimited energy. This has been the quest of many countries and science teams since the 1950s. The process towards this has been discussed in a Digital Journal Essential Science column: “A new path to nuclear fusion?”
The Princeton Plasma Physics Laboratory, in collaboration with Princeton Univeristy and other research centers, is embarking on international experiment, which is under construction in France, designed to demonstrate the practicality of fusion energy.

In order to ensure the experiment will be safe artificial intelligence is being deployed in the form of new predictive software, called the Fusion Recurrent Neural Network (FRNN) code. This will be used to analyze sequential data with long-range patterns. The deep learning code runs on graphic processing units, designed to rapidly manipulate and alter memory to accelerate the creation of images in a frame buffer. These units can compute thousands of copies of a program at once.

Commenting on this work, one of the lead researchers Professor William Tang said: “Deep learning represents an exciting new avenue toward the prediction of disruptions. This capability can now handle multi-dimensional data.” The deep learning represents one important step towards the practical creation of fusion energy.