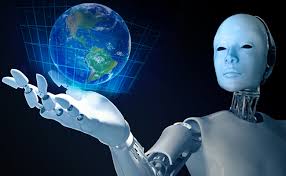 Artificial intelligence (AI) is a type of modern technology that is empowering machines to behave like humans or even superhumans as the case may be. AI is designed to allow devices/robots to interpret information by itself and thereby perform some certain tasks like solving of equations, video editing, facial recognition, internet searches and self-driving cars. However, these are regarded as the weak AI because they are designed to perform some narrow task. Researchers are building a more sophisticated AI that can be able to perform all human activity and even outperform humans at every intelligence task.

The future of Artificial intelligence will completely revolutionize these key areas of the human lives.

The world is already experiencing the beginnings of self-driving cars even though still at its first level. In 2012, Google began test-driving its fully automated self-driving car. However, the vehicles are currently mandated to have a human driver behind the wheel for safety purposes in case anything goes wrong.

Regardless of these groundbreaking developments, the self-driving technology is not ideal yet; this might take a while for the public to accept self-driving cars into wide use. The U.S. Department of Transportation has over time approved other transportation methods which are closer to full automation, such as buses and trains.

Transport services like Uber or Lyft use Artificial Intelligence Technology like ML(Machine learning) which is used to calculate the riders ETA(Estimated time of travel) for billing and payment. Also, autopilot used in the airline industry is also is also a product of Artificial intelligence.

At this stage of AI technology, robots do not have feelings, and it is impossible to connect with them emotionally. Despite robots and humans are distinctive in so many terms, a robotics company in Asia has made a major step toward a robot companion which can understand and relate to human feelings and emotions. In 2015, the companion robot went on sale, and it sold over a thousand within a minute. Although the robot is not emotionally perfect it was programmed to dictate human emotions, develop a corresponding emotion and be a “friend” in time of emotional need. This is just the beginning of such technology; more sophisticated robots are yet to come.

Climate change is one of the world’s biggest problems at the moment, and it might seem like an impossible task for a robot to solve but Stuart Russell explains that if there is a system that could read, understand and synthesize millions or even billions of information, such robot could one day identify trends or patterns in that information that can be used to solve not only environmental catastrophe but finding the cure to cancer.

AI can make us super humans

Researcher “Shimon White son” said one of our greatest strength and limitation as humans is our bodies and brains, but he believes that in the future, we will be able to supplement ourselves with computers to enhance some of our natural abilities to create a collective system that is smarter and stronger than either standing alone.

The future of Artificial intelligence (AI) has the potential to change the world; It is going to be one of the driving factors of our society also a major part of our life in near future with applications like smart cars, face detection, speech recognition ETC already in place; the best of the AI technology is yet to come, and it will affect all aspect of our lives.