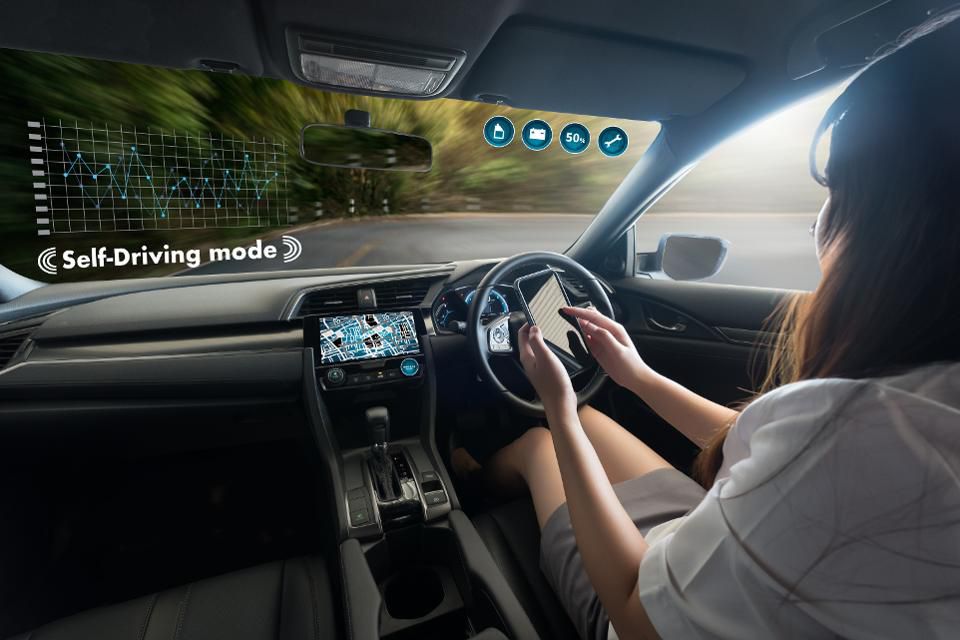 Modern advances in computing and algorithms have made artificial intelligence (AI) a practical reality. We are living in the realm of science fiction. From self-driving cars to online shopping carts to manufacturing robots, AI-based solutions are playing important roles. Even so, we need to discern fact from fiction. AI is still far from taking over the world. Today’s AI-based solutions rely on human cooperation.

Even though science fiction writers have been obsessed with AI for a long time, most of the portrayals are not AI-friendly. In the realm of science fiction, an intelligent device is never harmless. In these stories, an AI toaster is probably planning a rebellion instead of toasting bread. These stories are trying to warn us. Perceptions of AI get even scarier when someone like Elon Musk predicts an AI-induced World War III.

For lovers of AI, it’s easy to dismiss the dystopian view as just fictional stories. The stories are exaggerated, but AI does have some legitimate obstacles to overcome.

Microsoft’s Tay, an AI-based Twitter chatbot, was created in the persona of a sweet teenage girl. Unfortunately, as soon as Tay got in touch with real-world learning, it started to learn the wrong lessons. Soon Tay was transformed into an anti-semitic, anti-feminist and anti-anything-decent chatbot with an obsession for everything sexual. In 2016, Microsoft had to shut down Tay.

YouTube faced a huge backlash this year when one of its stars Logan Paul displayed a video of a dead body. After public outcry, the video was taken down in a few hours, but during those few hours, YouTube’s AI-based algorithms had determined the video was worthy of the “Trending” section. Instead of censoring the video as inappropriate content, YouTube algorithms were promoting it to millions of viewers.

The AI reliability problem is not only a YouTube problem, it’s an issue across all social media. After the school shooting in Parkland, Florida, conspiracy theory articles, images and videos portraying the survivors as paid actors started to trend on social media sites. Facebook and Google are still trying to keep such unsubstantiated claims and news from showing up on their users’ feeds.

A Case For Human-In-The-Loop AI

Businesses dealing with modern AI are well aware of the limitations of the technology. In a recent Fake News Challenge, the winner of the competition was Talos Intelligence with an 82.02 relative score. For the techniques to be effective in real-world situations, an 80% success rate is not enough, but reaching a desired 99% success rate is very difficult for current AI algorithms.

Facebook and Google are hiring workers to train their artificial intelligence algorithms. Instead, businesses can crowdsource the work. The same approach can be used to further train any machine learning or deep learning algorithms.

Full-time employees are expensive. Using a crowdsourced model, businesses can train their AI tools more cost-effectively. Also, the crowdsource provides a larger pool of workers to choose from. The diversity of decision making process can lead to better results in AI accuracy.

As AI seeps into every aspect of our lives, we will need to train more models. We will need more human help.

Today’s AI is still a work in progress. Due to its shortcomings, AI might get reported on in the media as a malicious chatbot or a fake news trendsetter, but AI is transforming our lives every day. With the help of humans, the algorithms and techniques will only get better. What’s more, crowdsourcing options to train AI algorithms can help businesses achieve their goals more effectively.

In an ideal world, AI algorithms would create the models from the raw data and start working perfectly. In most successful AI deployments, humans are regularly used to cooperate with machine learning and deep learning algorithms to improve accuracy. It’s also known as “human-in-the-loop” computing.

Humans play two important roles in the process. First, they help label the data that will be fed to the algorithms. Then, they correct any wrong predictions made by the AI machines to improve the accuracy of future results.

Most current well-known AI applications use some form of “human-in-the-loop” model.

The self-driving cars monitor your hands and eyes to make sure you are paying attention. If there is a mistake, you are supposed to make a decision to remedy the situation. The feedback also provides the car an opportunity to learn from you. There are five levels of self-driving cars. Most cars today are in between level two and three where involvement from a driver is necessary. So human feedback is a necessity for these vehicles.

Most ATMs today can automatically read amounts from handwritten checks using optical character recognition(OCR) and artificial intelligence. When it is unable to recognize the handwriting, it flags the check to be manually inspected by a teller. It uses these corrections to recognize future handwriting patterns to read more accurately.

Making decisions about creditworthiness can entail a lot of human-hours. Naturally, artificial intelligence seems like a good choice to automate the process, but it’s not that straightforward. As a result, loan managers are used for training the AI models. This method is especially crucial for microloan organizations as they have a tight budget. They are able to save money by leveraging AI-based loan decisions.