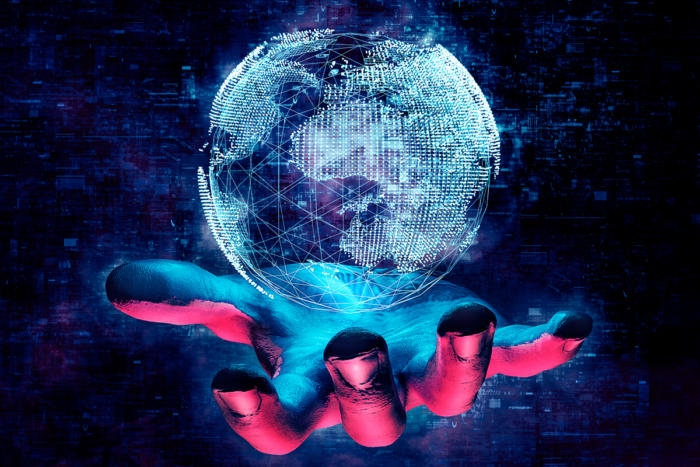 Apple, Amazon and Microsoft may have made themselves globally recognized, billion-dollar brands by producing the most innovative products and services, but these days they’re finding a new way to dominate the market: exploiting big data. The profitable strategies used by these tech giants are now being studied across the industry, as more and more entrepreneurs try to find their golden ticket to fortune by tapping into their stores of data and metadata.

So how are today’s tech giants putting big data to work? Are their strategies replicable, and can they be used by other industries to achieve success? How, exactly, does big data stand to change the future?

The ubiquity of data

While some people have thrown in the towel early, deciding that big data’s potential can only really be exploited by massive corporations who have access to billions in funding, the greatest aspect of big data is perhaps it’s ubiquity throughout the market and availability to everyone, from Walmart to the local mom and pop store.

Big data’s massive impact on the economy, so big that some experts predict it will have a $15 trillion dollar economic impact in just 15 years, is largely driven by the fact that it’s universally available to large corporations and consumers alike. Nonetheless, tech giants like Google and Amazon are often the innovative birthplaces of the latest big data innovations, so how exactly are these companies taking the numbers and transforming them into usable data?

Companies like Google, which catalog data for literally millions of searches each day, can analyze the information over the long term to detect useful trends and learn about their users. Google’s algorithms make great use of big data, for instance, when trying to determine what you’re searching for after you’ve only inputted a few characters into your search bar.

Other companies, like Amazon, are more ambitious with how they use big data to get to know their customers. Amazon’s marketplace is teeming with suggested products for their consumers, largely because the firm has harnessed big data to determine which products people in a certain demographic are likely to purchase, and markets those products specifically to them.

Amazon isn’t the only company getting to know its users, however. Netflix relies on the data it collects from its customers to determine which genre of programs are likely to be viewed more than others, and uses that information when deciding which pilots to fund and which to pull. The company’s masterful exploitation of data also allows them to determine which shows a user may like ahead of time, so that, like Amazon, they can recommend similar options or programs your friends have recently viewed.

As these tech giants have come to realize the goldmine they possess in their customer’s data, they’ve wised up and made ample investments so that they can make use of it. In one of the largest acquisitions in the history of the tech industry, Google purchased DeepMind, an intelligence startup focused on producing AI which can sort through massive amounts of information effortlessly to find the valuable tidbits.

Big data’s potential doesn’t only belong to the tech giants, however.

Small, home-grown businesses and lesser corporations throughout the world, such as News Break, are coming to realize big data’s potential, too. Thanks to the work of tech giants and government investment, which shouldered most of the original investment burden when it came to big data, small businesses are finding it easier and cheaper than ever before to collect and exploit data.

As tech giants like Amazon use big data to better service their existing customers, smaller companies, too, are using it to find new customers and size up their competition. Many smaller operations are also piggybacking on existing efforts made by tech giants, such as when local businesses rely on Google’s AdWords to get their message out and collect data on who’s seeing their advertisements.

As tech giants like Facebook and Twitter continue on their quest of social media proliferation, with the former already having over 2 billion monthly users, companies big and small alike will gain access to new and better data, too. In tomorrow’s world, business will be driven more so by massive amounts of data collected and analyzed to find the useful portions more than ever before.

As big data grows, so too will the privacy concerns surrounding it, however. Tech giants like Apple, which have sold billions of devices like smartphones carried around in the pockets of millions each day wherever they go, will have to work with consumers to alleviate their privacy concerns that they’re constantly being tracked.

While tech giants grapple with privacy concerns and business imperatives, one thing remains clear; big data is changing the way we do business and live our lives, and it’s here to stay.