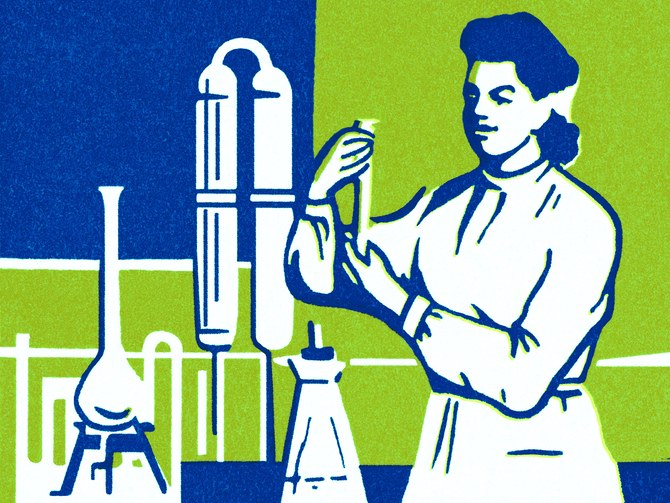 EARLIER THIS SUMMER Google engineer James Damoreposted a treatise about gender differences on an internal company message board and was subsequently fired. The memo ignited a firestorm of debate about sex discrimination in Silicon Valley; this followed months of reporting on accusations of harassment at Uber and elsewhere. Sex discrimination and harassment in tech, and in science more broadly, is a major reason why women leave the field. Nationally, there has long been handwringing about why women are underrepresented in STEM (science, technology, engineering, and math), which has led to calls for increased mentoring, better family leave policies, and workshops designed to teach women how to negotiate like men.

Last month three senior researchers at the Salk Institute for Biological Studies in La Jolla filed lawsuitscomplaining of long-term gender discrimination; the complaints allegethat women don’t have equal access to internal funding and promotions. These lawsuits highlight the real reason for the lack of women in science: Leaders in the field—men and sometimes women—simply don’t believe that women are as good at doing science.

A vast literature of sociology research shows time after time, women in science are deemed to be inferior to men and are evaluated as less capable when performing similar or even identical work. This systemic devaluation of women results in an array of real consequences: shorter, less praise-worthy letters of recommendation; fewer research grants, awards, and invitations to speak at conferences; and lower citation rates for their research. Such wide-ranging devaluation of women’s work makes it harder for them to progress in the field.

One early study evaluated postdoctoral fellowship applications in the biomedical sciences and found that the women had to be 2.5 times more productive than the men in order to be rated equally scientifically competent by the senior scientists evaluating their applications. The authors concluded, “Our study strongly suggests that peer reviewers cannot judge scientific merit independent of gender. The peer reviewers over-estimated male achievements and/or underestimated female performance.” The study finds that “gender discrimination of the magnitude we have observed… could entirely account for the lower success rate of female as compared with male researchers in attaining high academic rank.”

A more recent study showed that science faculty at research-intensive universities were more likely to hire a male lab manager, mentor him, pay him more, and rate him as more competent than a female candidate with the exact same résumé. Another paper found that faculty respond to emails from male prospective PhD students more than from female prospective students, showing that men have greater access to professors. This are just a few of the hundreds of peer-reviewed studies that clearly show, on average, the bar is set higher for women in science than for their male counterparts.

Given the enormous amount of data to support these findings, and given the field in question, one might think male scientists would use these outcomes to create a more level playing field. But a recent paper showed that in fact, male STEM faculty assessed the quality of real research that demonstrated bias against women in STEM as being low; instead the male faculty favored fake research, designed for the purposes of the study in question, which purported to demonstrate that no such bias exists.

Why do men in science devalue such research and the data it produces? If anyone should be willing to accept what the peer-reviewed research consistently shows and use it to correct the underlying assumptions, it should be scientists.

But it is in large part because they are scientists that they do not want to believe these studies. Scientists are supposed to be objective, able to evaluate data and results without being swayed by emotions or biases. This is a fundamental tenet of science. What this extensive literature shows is, in fact, scientists are people, subject to the same cultural norms and beliefs as the rest of society. The systemic sexism and racism on display every day in this country also exist within the confines of science. Scientists are not as objective as they think they are. It is an extremely destabilizing realization for someone whose entire career has been rooted in the belief in human objectivity.

Even more pernicious, however, is the understanding that results from reading these studies, the realization that those who have succeeded in science (and in many fields—the implications reach far beyond science) have not done so entirely due to their own innate brilliance. Statistically speaking, just being male will automatically give you a leg up. And no one wants to believe that they did not achieve their success, even in some small part, based on their gender or ethnicity. We all want to feel that we deserve the success and accolades that we have received based on our own merit.

And this is a major reason why there aren’t more women in science. While sexual harassment is certainly an issue, we need to look deeper at gender bias. Those women who do make it to the upper ranks have often been told that they were only given that job or that award because they are women, implying that the field is admitting less-deserving women simply to increase their numbers. But in fact, these studies show that many of the women in science must be more capable than the men, to even have advanced in the field. And who wants to admit that?