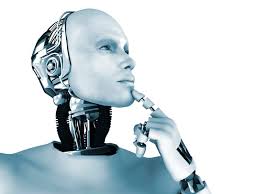 Elon Musk and Mark Zuckerberg are having a spat about whether or not artificial intelligence is going to kill us all.

Musk, the chief of Tesla and SpaceX who has longstanding worries about the potentially apocalyptic future of AI, recently returned to that soapbox, making an appeal for proactive regulations on AI. “I keep sounding the alarm bell,” he told attendees at a National Governors Association meeting this month. “But until people see robots going down the street killing people, they don’t know how to react.”

In a Facebook Live broadcast, Zuckerberg, Facebook’s CEO, offered riposte. He called Musk a “naysayer” and accused his doomsday fears of unnecessary negativity. “In some ways I actually think it is pretty irresponsible,” Zuck scolded. Musk then retorted on Twitter: “I’ve talked to Mark about this. His understanding of the subject is limited.”

Seeing the CEOs of publicly traded tech companies go at it like Tay and Kanye is unfamiliar territory. Open sneers between public figures is normally reserved for tabloid socialites or feuding celebrities. But this is 2017—the president attempts to enact policy via Twitter, after all—so expectations must be adjusted. Rappers and reality-television stars feud because their prosperity is directly yoked to their public image. That’s true for tech business leaders now, too. Musk and Zuckerberg aren’t engaged in a debate about ideas. They are peacocking their personal identities in order to serve their future interests.

I’ve argued before that “artificial intelligence” has become so overused that the term is almost meaningless. Like “algorithm” before it, technologists, businesspeople, and journalists wield the idea like a magic wand that turns ordinary computer software and devices into world-saving (or world-ending) marvels. And given AI’s long history of wonder and dread in science fiction, people are primed to expect it to usher in utopia or dystopia.

When a term has a wealth of possible meanings, it is easy to ascribe one’s favorite meaning to it. “Disruption” is like this, as is “fake news.” The term “climate change” is now used by the right and left alike for opposite purposes. The Republican talking-points pollster Frank Luntz advocated for it over “global warming” to the G.W. Bush administration, because it sounded less severe. Change can be good, the reasoning goes.

Artificial intelligence has left the orbit of computer science, and even science fiction, and become an abstract talking point. When people make use of it, especially powerful actors like Musk and Zuckerberg, it serves a perlocutionary function: as personal branding.

When it comes to personal brands, Musk’s is easier to characterize. He’s long been compared to Tony Stark, the fictional industrialist and alter ego of Iron Man in Marvel comics. After Musk sold his first company, an online publishing service called Zip2, to AltaVista for $307 million in 1999, he co-founded X.com, which was eventually renamed PayPal and sold to eBay for $1.5 billion in 2002. Musk’s PayPal partner Peter Thiel turned to venture investing with the spoils, but Musk decided to make space rockets instead and SpaceX was born. His subsequent ventures, including electric/autonomous car maker Tesla, solar-cell manufacturer SolarCity, the Hyperloop tube-transit concept, and the new, associated tunneling-equipment firm The Boring Company—all of these ventures represent infrastructural invention of the Tony Stark variety.

As the statistician Mark Palko recently noted, Musk has a material interest in maintaining the Tony Stark alter-ego persona. When Musk waxes futuristic on self-driving cars, underground transit, brain-embedded computers, or Mars colonies, he reinforces the current and future value of his various ventures.

Portraying AI as an existential threat to humanity is consistent with this interest. If intelligent machines might strip humanity of its unmatched leverage over the natural and artificial environment, then industrial solutions must be pursued in order to stop them. Even if the threat of a robot apocalypse is unlikely, Musk has reason to advocate for aggressive contingency plans.

It’s difficult to match Zuckerberg’s business persona to a specific comic-book hero (Peter Parker? Reed Richards?). But unlike Musk, Zuck’s business and personal interests reside at the level of ideas rather than materials. Facebook is his singular venture, an enormously successful company that deals entirely in digitized text, images, video, and sound. These are representations—ideas and concepts—rather than concrete goods.

When Zuckerberg has looked beyond these immaterial representations, he has always done so in order to corner the market on more opportunities for symbol-creation and dissemination. Facebook’s purchase of Instagram and WhatsApp offer examples. And Zuckerberg’s big hardware acquisition, the VR-headset maker Oculus, represents a new terrain for virtual experience, not a new means of taming cities, continents, or the cosmos.

Especially given Facebook’s undeniable impact on the 2016 election—a feat that is hardly benign, but which Zuckerberg seems to have defused expertly anyway. This is why Zuckerberg is an “optimist,” as he puts it, when it comes to artificial intelligence. To say otherwise would suggest that computers are intrinsically risky. That fear, even if hypothetical, has potentially dire consequences for Zuckerberg’s business and personal future.

When figures like Musk and Zuckerberg talk about artificial intelligence, they aren’t really talking about AI—not as in the software and hardware and robots that might produce delight or horror when implemented. Instead they are talking about words, and ideas. They are framing their individual and corporate hopes, dreams, and strategies. And given Musk and Zuck’s personal connection to the companies they run, and thereby those companies’ fates, they use that reasoning to help lay the groundwork for future support among investors, policymakers, and the general public.

On this front, it’s hard not to root for Musk’s materialism. In an age when almost everything has become intangible, delivered as electrons and consumed via flat screens, launching rockets and digging tunnels and colonizing planets and harnessing the energy of the sun feel like welcome relief. But the fact that AI itself is an idea more than it is a set of apparatuses suggests that Zuckerberg might have the upper hand. Even if it might eventually become necessary to bend the physical world to make human life continuously viable, the belief in that value starts as a concept, not a machine.