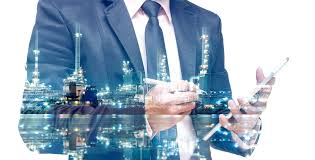 We are standing at the cusp of a massive shift, all set to take place with artificial intelligence (AI), as this is rapidly and emphatically coming to the forefront and becoming a decisive force in the future of humanity. At this point in time, nobody is in a position to affirmatively predict or profess whether or not this shift will pan out positively. However, one thing is for sure: this is going to be really BIG. A series of incidents in which AI-bots earned a bad reputation lately, are a strong testimony to claim that AI will determine the course of humanity in the years to come. AI-powered chatbots have powerfully manifested what they can do, if let loose, without human intervention. This also portends a bad time ahead. Warnings must be immediately perceived and acted upon, particularly given the fact that like any other technology, AI is no less than a double-edged sword, which – if given in naïve hands – might unleash terror, destruction, devastation and, worst, end of human race.

Researchers and their promoters must take into cognizance the outcomes of popular incidents – that occurred at Facebook, Microsoft and in China, among others. Misbehavior of bots forced researchers to bring them down and offline. Facebook had to shut down chatbots after they discovered a language of their own – full of slangs. In China too, chatbots had to be taken offline after they refused love for the Communist Party. In an another incident last year, Microsoft had to take down the AI-bot – Tay, which responded to tweets in a racist language, even though the bot was not originally designed to speak ill or do bad-mouthing. As per the company, the bot learnt it gradually from the Twitter users whom it interacted with.

The curiosity around AI is no longer limited to organizations and businesses. AI has also grabbed diplomatic and political eyeballs. One big example is Vladimir Putin’s admission to the endless power which AI has in store. The Russian president warned that the nation which leads in AI would ‘be the ruler of the world’. He also said that AI brings ‘colossal opportunities’ as well as dangers. The rhetoric was immediately followed by others with comments and opinions. In addition to Putin, Elon Musk, CEO of Tesla Motors too predicted the World War III which might be triggered by AI-powered solutions. In India, the Prime Minister Narendra Modi has repeatedly acknowledged the power of AI. The opposition leader Rahul Gandhi was too seen showing interest in AI on a recent trip to the US where he had to speak on AI. The increased interest of the people from political and social circles shows that AI has begun to engulf its wings around everybody. In other words, it is a good sign that everyone is waking up to the fact that AI is ready to ink a new chapter in the history of the world.

Yet, these are early days for AI. A long way has to be undertaken to realize the actual potential of this technology. Many would agree that incidents at Facebook and Microsoft are the result of early experiments. AI has to gradually mature. But wouldn’t you agree that AI is capable of reshaping the whole world on its own? Researchers should increase their focus on reining in and exploiting the best of it. Even governments and business entities should restrain themselves from exploiting the darker aspects of AI to fend off their enemies. Such acts are bound to backfire scathingly.

On the brighter side, the use of AI can prevent diseases, conduct critical surgeries, save humans from natural disasters (cyclones/earthquakes), help rebuild and help manage natural resources efficiently. Many organizations have also begun to promote research for developing AI-based solutions in order to solve today’s business and social problems. These efforts should multiply so that AI could be partner in human evolution.

All said and done, only time will reveal the true aspects of AI. Right now, we can only guess, opine, imagine and speculate. And all of us are best at it.